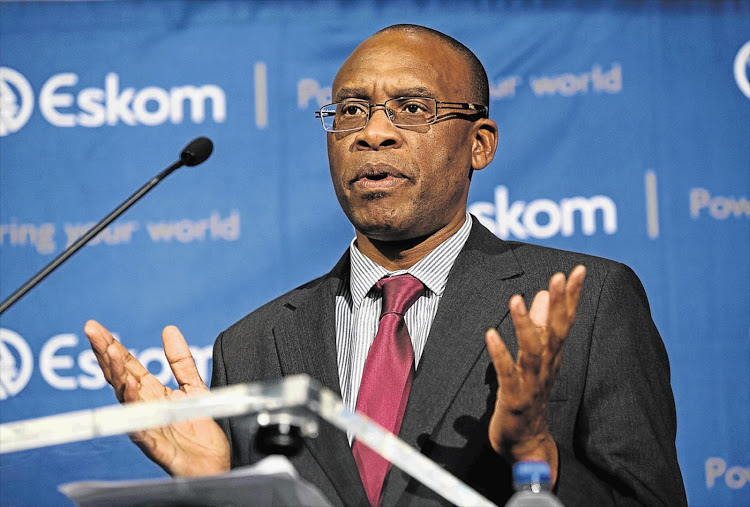 Five years after leaving Eskom, after only five months as its chief executive, Tshediso Matona is still in the dark about the precise reason he was ousted.

But Matona, who settled with Eskom out of court in May 2015, is certain about one thing - then president Jacob Zuma told him he was "caught up in spaghetti".

Matona appeared at the state capture inquiry on Monday to give testimony about his controversial exit from Eskom.

He was never furnished with the reasons for his suspension.

Criminal proceedings against Jacob Zuma 'won't go ahead on Tuesday'

The criminal matter against former president Jacob Zuma will not go ahead as scheduled in the Pietermaritzburg high court on Tuesday, the NPA said on ...
News
1 year ago

At the time of his suspension, he confronted the Eskom board led by then chairperson Zola Tsotsi.

The only reason they could advance was that he was suspended because Eskom had resolved to appoint an inquiry into the problems facing the power utility at the time which needed not be obstructed by Eskom management.

Matona took exception and turned to the labour court to set aside the suspension.

Although the labour court ruled in his favour, saying his suspension was procedurally unfair, it referred the matter to the CCMA for arbitration.

That process was postponed after Eskom's representative in it, Tsotsi, said he needed to consult with the shareholder minister, who was at the time Lynne Brown.

But before the CCMA process could reconvene, Eskom board members Tsotsi, Venete Klein, as well as businessman Romeo Khumalo initiated negotiations with Matona in a bid to settle.

Matona told the Zondo commission on Monday that it was in the second of these meetings with the Eskom trio that he was told in no uncertain terms that him going back to Eskom as chief executive was out of question.

During this same time, Matona had requested a meeting with Zuma, seeking a political intervention to the impasse but the meeting did not happen.

Matona and Eskom agreed on a settlement in May which saw him exit and be replaced by Brian Molefe, who had taken over as acting CEO.

Matona told the inquiry he now believed that he was pushed out to "make way" for Molefe, whose controversial relationship with the Gupta family has already emerged at the hearings.

The state capture commission will hear Eskom-related evidence from the former CEO at the power utility, Tshediso Matona
Politics
1 year ago

A month after Matona left Eskom, he got a call confirming Zuma wanted to see him.

Zuma, who was initially not available when Matona was being pushed out of Eskom, suddenly "showed remorse".

"What he did say was that I got caught up in a spaghetti - those were his exact words," said Matona, adding that he did not understand what Zuma meant.

"He then said to me he would like me to come back to public service. I think he wanted to establish where my headspace was. I left the meeting, we never had the opportunity to speak again."

He was asked if he believed Zuma's "remorse" may have indicated that he was involved in his departure from Eskom.

"I can confirm the remorse but cannot say if the remorse is a reflection that he may have had a hand in my suspension," he replied.

Three months after his meeting with Zuma, Matona was appointed the head of secretariat for the National Planning Commission, located in the presidency, where he still works.

The commission is set to hear evidence from Tsotsi.

ANC MP Bongani Bongo will take a leave of absence from his position in parliament and the ANC national executive committee ahead of his corruption ...
Politics
1 year ago