'Members must freely endorse a candidate of their choice': DA KZN leader 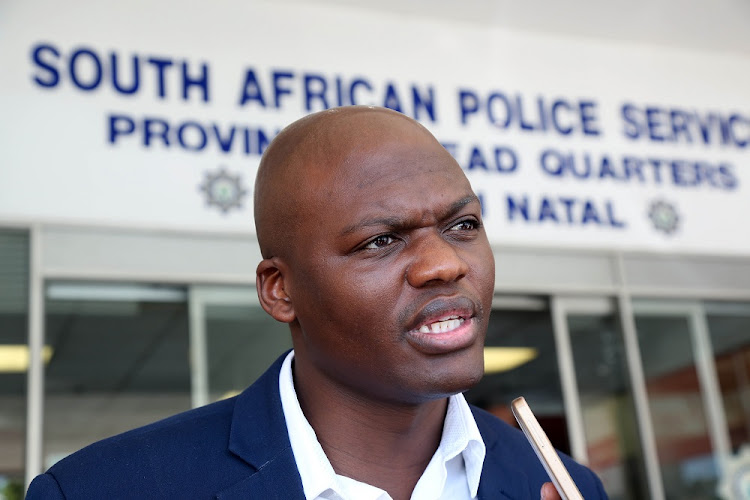 DA KZN leader Zwakele Mncwango was investigated by the DA's federal legal commission for inviting former leader Mmusi Maimane to the state of the province address in KZN in March.
Image: JACKIE CLAUSEN

DA KwaZulu-Natal leader Zwakele Mncwango has come out in support of Mbali Ntuli, who is contesting the party's top position along with interim leader John Steenhuisen.

Mncwango says it is vital for members of the DA to openly back a candidate of their choice without fear of being targeted. He says members in the province who support Steenhuisen are free to exercise their democratic rights.

“I support Ntuli but if others support Steenhuisen, they must not be threatened and they must not vote under threat. As a leader, it is my responsibility to ensure that individuals make choices without fear,” he said.

He said he was backing Ntuli because the party needed someone with vision.

“I don't see contestation as 'candidate A vs candidate B' - that is not what it is. I support Ntuli because I believe we're at that stage as the party where we need someone who understands where we are, and where we need to go,” said Mncwango.

WATCH | Mbali Ntuli's leadership campaign: 'The DA needs to get back on track to make sure our offer is heard'

Mbali Ntuli announced her candidacy for the DA's top job in February.
Politics
10 months ago

Ntuli relaunched her campaign in July after it was halted in March to curb the spread of Covid-19. She reiterated her commitment to changing the DA and SA, through core values of kindness and fairness, which Mncwango also believes in.

“Ntuli is fair and kind. If you lead with fairness, you will be fair to everyone and treat everyone equally. [She is not] the leader who would identify people as enemies when she gets into a position. She is a leader who would bring everyone together after contestation,” he said.

Mncwango said Ntuli is relatable and understands the plight of many South Africans.

When you talk to people, they can tell if you understand them or if you are just being about politics.

“We can debate the issue of race until 2050, but the truth of the matter is that the majority of South Africans who live in poverty are black. Ntuli understands all communities and their plight. When you talk to people, they can tell if you understand them or if you are just being about politics,” he said.

The Sunday Times reported that Mncwango is among at least seven top DA leaders who are either facing disciplinary charges or are under investigation. The majority of the leaders are reportedly black and were supporters of former leader Mmusi Maimane.

Mncwango appeared before the DA's federal legal commission, where he explained his decision to invite Maimane to the state of the province address in March.

He says it is up to the DA to make its decision.

“The commission has given me a chance to explain. What the DA does with that is out of my control. I respect the rights of individuals to lodge complaints with the federal chairperson [Helen Zille]," he said.

The DA said it does not comment on internal disciplinary procedures.

Van Damme says she will not resign from the DA, despite the charges against her
Politics
8 months ago

At least seven prominent DA figures face either disciplinary charges or are under investigation in what insiders say is part of a battle for the ...
News
8 months ago

From John Moodey to Funzela Ngobeni — five DA resignations in 2020

The Gauteng leader joined a string of other prominent former DA leaders who have left the party in 2020.
Politics
8 months ago
Next Article