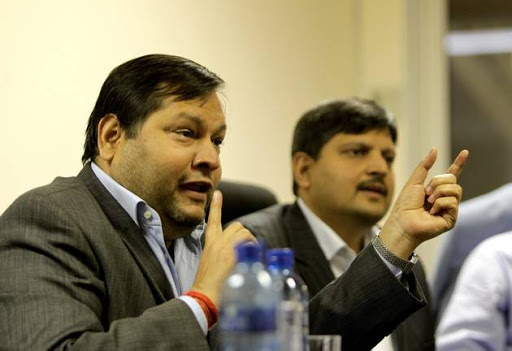 Explosive testimony delivered on Thursday before the commission of inquiry into state capture revealed how the Guptas' Estina dairy farm project was allegedly used to launder R880m.

While the project received R283m from the Free State government the amount, “through a complex money washing system”, ballooned to nearly R1bn, according to Paul Holden.

Holden, is the director of investigations at Shadow World Investigations —  a global organisation probing cases of grand corruption and corporate malfeasance.

Estina, which was established as a public-private partnership with the Free State government, is linked to the Guptas through various proxies who helped the family operate it as a company to allegedly launder investments from the provincial government.

The commission of inquiry into state capture will on Thursday hear evidence from a researcher employed by Shadow World Investigations in London, Paul ...
Politics
1 year ago

“While R283m was deposited by the Free State government, through a complex money washing system, the money ballooned to R880m.”

Stopping testimony, an astounded deputy chief justice Raymond Zondo, who is chairing the inquiry, said he thought the amount was far less.

“Is it really this much? This all came from the Free State government? It is quite a large amount?”

Holden responded that the money [R283m] “was washed three times [through various offshore Gupta-linked companies] in a circle to produce this amount [R880m]".

“In money-laundering investigations, this process is known as round-tripping, where funds are paid out of a specific bank account and then later paid back into the same account.

“This is to create the impression that the monies coming into the specific bank account are actually separate amounts.”

He said the only portion of the R880m which was not from the Free State government was 3.9% [R35m] of the deposits.

“The rest all came from the provincial government’s coffers.”

TOM EATON | Magashule doesn’t need an ace up his sleeve, he’s got 26 years of precedent

Perhaps the ANC will start respecting the law and Magashule will be brought to book, but then again ...
Opinion & Analysis
1 year ago

'I’m not a public representative': Ace Magashule on not stepping aside

ANC secretary-general Ace Magashule, speaking about the fierce "step aside" debate within the party, said calls for him to temporarily remove himself ...
Politics
1 year ago

‘You must grow up. Do not be cheeky’: Mpofu turns the tables on Gordhan