Sheriff comes knocking but finds nobody home at ANC headquarters 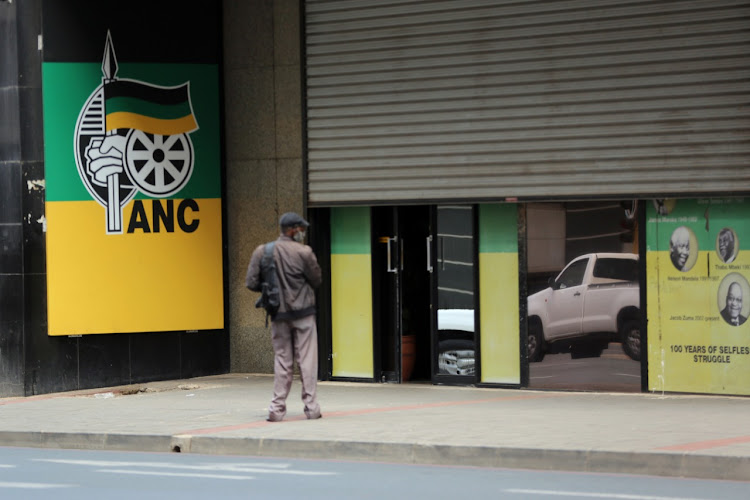 Doors were half-open at Luthuli House in central Johannesburg, the national headquarters of the ANC, on Wednesday.
Image: Thapelo Morebudi/The Sunday Times

The sheriff of the South Gauteng High Court on Wednesday failed to attach ANC property after failing to gain access to Luthuli House, the party’s national headquarters.

This comes after Ezulweni Investments obtained a high court order to start attaching assets belonging to the ANC, as part of a settlement for the R102m the ruling party owes it for its 2019 election campaign posters.

The order gives the sheriff of the court powers to attach assets belonging to the governing party, and to auction them off until the total amount owed to Ezulweni is settled.

The sheriff’s office said it was trying to liaise with the ANC office to serve the court order and start attaching some of its assets.

“I’m waiting for the ANC to tell me when I can go to their offices. They told me that no-one was around as they were working remotely because of Covid-19,” the sheriff said.

ANC accused of being ‘nonchalant’ about debts owed to creditors, as its financial problems continue to mount
Politics
9 months ago

When the TimesLIVE team arrived at the party offices in Sauer Street, Johannesburg, the doors were closed and a few staff members were seen entering using the vehicle entrance.

The court order authorises Ezulweni to first attach movable assets, including vehicles and furniture. Should those assets fail to settle the total debt owed, the Durban-based company will be allowed to proceed and attach immovable property, including buildings.

The execution order is likely to compound the already precarious financial position of the ANC, which has been battling to service its other debts and regularly struggles to pay the salaries of its staff members on time.

The ANC had not responded to questions by the time of publication.

The attachment order against the ANC comes after the high court last month rejected its application to appeal a previous ruling that found the ANC had a binding verbal agreement with Ezulweni for supplying street posters for the 2019 general election.

The posters cost more than R100m.

Ezulweni took the matter to court after the ANC refused to pay them, claiming it had not signed a contract with them.

The high court then found that an ANC application for leave to appeal had no reasonable prospect of success, saying the verbal agreement with Ezulweni was binding.

The ruling ANC says it will consider petitioning the Supreme Court to challenge a ruling that it pay the Durban-based company.
Politics
9 months ago

The ANC is digging in its heels, refusing to pay a R100m bill a service provider is claiming from it for election posters after an internal probe ...
News
1 year ago