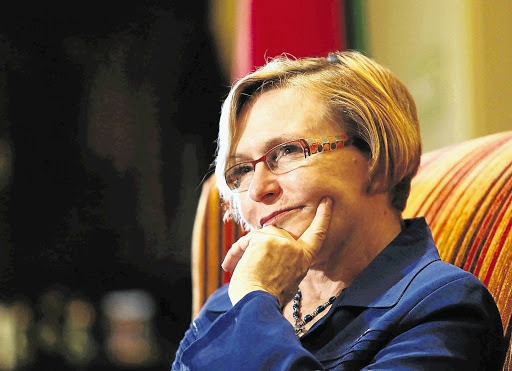 Zuma issued a statement to the Constitutional Court after it heard submissions from the state capture inquiry’s counsel Tembeka Ngcukaitobi.

Ngcukaitobi called for Zuma to be jailed for ignoring a ConCourt ruling which ordered him to appear before the inquiry chaired by deputy chief justice Raymond Zondo.

In the statement, Zuma said he has lost faith in many SA judges, including those of the ConCourt.

“Many SA judges, including those of the ConCourt, can no longer bring an open mind to cases involving me,” said Zuma.

“The Constitutional Court has allowed itself to be abused in this manner and the repeated warnings I have made in this regard continue to go unheard simply because they emanate from me.”

"They can put my physical body behind prison doors. However, my spirit is free to speak against the injustice of the imprisonment," said former ...
News
1 year ago

Weighing on Zuma’s statement, Zille said he wasn’t the only one who has lost hope in SA’s judiciary, but also said Zuma should ask himself why this has happened.

“I’m afraid he is not alone, but he should ask himself why this has happened,” she said.

“Recently, a former ANC cabinet minister, Sydney Mufamadi, who had been designated to investigate the State Security Agency (SSA), reported before the state capture inquiry how millions had been set aside from SSA funds to buy off judges to find favourably in relation to Zuma.”

Zille said SA needed to know who the judges were and if the practice was continuing today.

She said Zuma and the alleged bought judges should all be jailed.

“The judicial service commission is ominously silent on this. This has dealt a devastating blow to the credibility of our entire court system, from top to bottom and back again.

“I will keep asking this question: which judges were bought off and by whom? They all need to be in jail, not only Jacob Zuma,” she said.

Here's a quaint bit of irony. Former President Zuma says he has lost faith in the Judges of South African courts. I'm...

Last month, the state capture inquiry requested the ConCourt to sentence Zuma to two years in jail for his refusal to testify at the inquiry, despite a summons and a court order from the highest court to do so.

The commission said Zuma’s failure to appear before it and failing to file affidavits as directed by the court were the grounds on which he should be found guilty of contempt.

The commission said it believes the two years’ jail time was needed to reflect the expectation of society that a person in a leadership position “with immense influence should comply with the law rather than displaying contempt of the law”.

Zuma called the inquiry “inefficient” and “incompetent”, saying this was the basis for an urgent application to the ConCourt, based on the fact the inquiry was running out of time.

“The fact is the commission has failed to regulate its own costs and processes in allowing itself to waste time pursuing all sorts of evidence under the sun which have nothing to do with their terms of reference,” he said.

The commission is set to complete its report by June 30.

The Constitutional Court faces an unprecedented ask on Zuma

At the Constitutional Court on Thursday, the state capture commission was unequivocal that it had abandoned all hope of getting former president ...
News
1 year ago

'There is no court that doesn’t know his name': Political analysts unpack Zuma's latest statement

Former president Jacob Zuma says he will not subject himself to "an oppressive and unjust court system".
News
1 year ago