Lawyers, hospitals and actuaries warned days of fleecing organisation are over 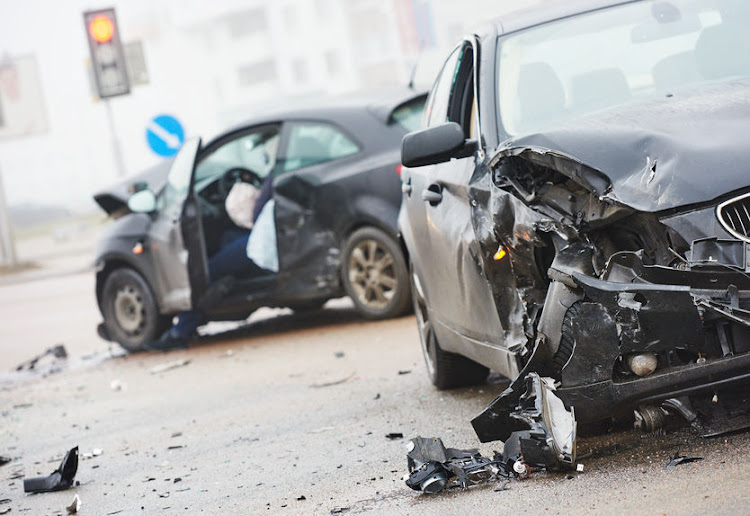 The days of the Road Accident Fund (RAF) being fleeced by corrupt lawyers, greedy hospitals and actuaries are long gone.

That’s the word from transport minister Fikile Mbalula and RAF CEO Collins Letsoalo who on Monday briefed the media on progress made saving the fund from total collapse.

They said for too long it was open season for bogus and inflated claims against the RAF which left the organisation in financial ruin.

Since Letsoalo took over, they said, that has come to an end and the fund has been able to reduce its spending and achieved a surplus in the financial year under review.

The fund had managed to achieve a R3.2bn surplus in the financial year under review for the first time in history.

Mbalula said the days of “crooks masquerading as lawyers” who have been robbing claimants were in the past, thanks to the Letsoalo-led RAF management and the board led by Thembi Msibi.

Over 40 of the 102 law firms reported to the Legal Practice Council (LPC) for allegedly not repaying duplicate payments made into their trust ...
Politics
5 months ago

“We are basically Father Christmas. This does not assist our people. We are subsidising people the state must not be subsidising,” said Mbalula.

It was an anomaly that the RAF spent 40% of the R43bn it collected annually from the fuel levy on administration costs while only R26bn was spent on compensating claimants.

Even more scandalous, said Mbalula, was that of the administration costs, R10.6bn was spent on legal costs while more than R2bn was spent on medical costs.

Letsoalo said this anomaly was about to change after the RAF published proposed medical tariffs that are competitive with those of medical aid companies.

“When you look at medical costs, we have been paying five times more than what medical aids are paying,” said Letsoalo.

“We are bringing the RAF back to the market by lowering those medical costs. We have released for public comments our new medical tariffs.”

Letsoalo said the “biggest” contributor to the fund’s improving financial status was the disbandment of the RAF legal panel which argued on behalf of the organisation against claimants.

The panel came at a cost of R3.6bn a year, and according to Letsoalo, was a milking cow for big law firms with some making as much as R100m from the RAF individually.

Letsoalo said the time for the RAF engaging in litigation with claimants was over as it moves towards “administrative efficiency” which would be achieved through the speeding up of finalising claims within 120 days.

This will end the costly turnaround of finalising cases to which the RAF had become accustomed.

The “many industries built on the inefficiencies of the RAF” must brace themselves for poverty as the organisation tightens the screws on them, said Letsoalo.

“People talk about lawyers, that they have been the big problem, but we have seen that even in the medical fraternity we are being charged five times,” he said.

“Even the hospitals have made it a habit [to rip us off]. The RAF is now asking a lot of questions before we pay, and of course [they] will complain about that but that is part of our new model and our new drive.”

Letsoalo said turning around the RAF rests with eliminating the many middle men in the process of claimants lodging their claims.

The trick was to make the claiming process easy so claimants did not need lawyers for assistance.

“There is no way in a system where you will get a fund that pays 40% to administration costs. It must be around 5% to 10% to make sense, so much more of the money must go to the claimants. That is what we are focused on as we move forward,” said Letsoalo.

A Gqeberha doctor who orchestrated Road Accident Fund claims for undeserving claimants has been sentenced to perform community service at a ...
News
5 months ago

'We couldn’t function': RAF hails court ruling, but Outa does not

The embattled Road Accident Fund (RAF) sang its own praises this week after a court ruling stopped claimants from attaching its money and property.
News
7 months ago

‘We are tackling a 40-year-old problem’: Road Accident Fund chair

The RAF board has slammed media campaigns that it claims are waged by groups that benefited from the entity’s inefficiencies.
News
7 months ago