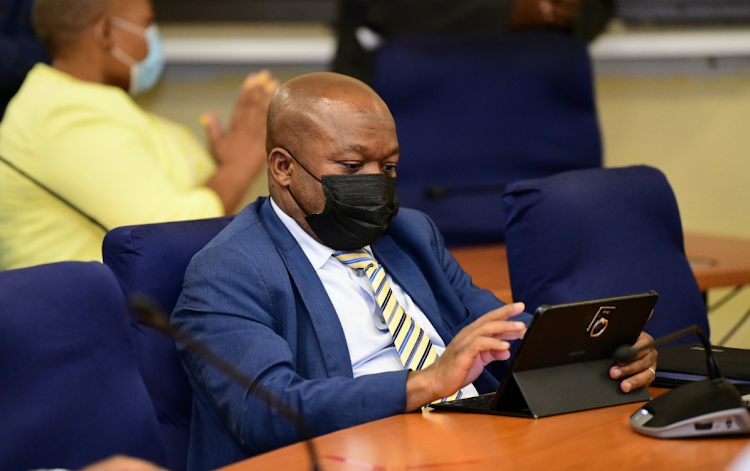 KwaZulu-Natal premier Sihle Zikalala is concerned about the rising number of Covid-19 infections in the province.
Image: Twitter/KZN provincial government

Covid-19 cases in KwaZulu-Natal have shot up over two weeks.

This is according to premier Sihle Zikalala, who warned on Sunday against complacency amid fears of a resurgence in Covid-19 infections.

Zikalala was briefing the media on the province’s response to Covid-19. He said while the province is not yet in the third wave of infections, the increase in the number of daily cases is cause for concern.

The premier named eThekwini, uMgungundlovu, uThukela, Amajuba and uMzinyathi as five districts that continuously received the highest number of cases on a daily basis.

Here are five quotes from his address:

“About a month ago, KwaZulu-Natal was registering an average of 130 to 150 new infections. Sometimes, our infections would go as low as 70 to 80 or so. But over the past two weeks or so, we have been recording more than 500 new cases each day with only a few exceptions when the number would be around 400.”

“The number of hospital isolations continues to fluctuate, with a slight increase in daily admissions in both the private and public sectors, including ICU and patients requiring ventilation.”

“We are concerned about the upcoming winter school break due to the fact that our second wave happened during holiday seasons as many people travelled to the province for the holidays. We welcome all the visitors who will be enjoying themselves at our beaches and other areas, but we urge everyone to understand we will not compromise on compliance with Covid-19 protocols.”

“As of June 18, we had vaccinated 362,226 senior citizens and an additional 127 health workers. The total number of senior citizens who are registered on the electronic vaccination data system stands at 501,210. The number of vaccination sites we have prepared for the Pfizer vaccine is 359.”

Residents must be safe at all times

“Each and every one of us has a duty to ensure we avoid large gatherings, wear our masks at all times, wash our hands with soap and water or hand sanitiser regularly and maintain social distancing. We appeal to younger people to protect the elderly and those with comorbidities by avoiding parties and large crowds and wearing masks even at home.”

SA recorded 13,155 new Covid-19 cases in the past 24 hours, the National Institute for Communicable Diseases said on Sunday.
News
1 year ago

A further 149 Covid-19 related deaths have been reported, bringing total fatalities to 58,590.
News
1 year ago