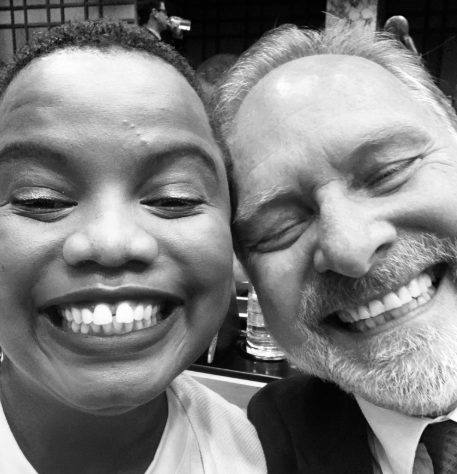 Messages of condolence from some of SA's politicians and citizens have been pouring in after the death of DA MP Cameron MacKenzie.

MacKenzie died of Covid-19-related complications. His death was announced on Thursday by the party's chief whip Natasha Mazzone.

Mazzone said MacKenzie died on Wednesday night after a “severe battle with Covid-19".

“Cameron was a valued member of the party's parliamentary caucus and a dear friend who will be missed sorely. SA has lost a great public servant who served his country diligently and with the utmost passion.

“Our thoughts and prayers are with Cameron's wife, Lisa, and their three children. We send them strength and love during this time of immeasurable loss,” she said.

Mazzone extended the tribute to those who are still battling against Covid-19, urging all South Africans to remain safe during these difficult times.

MacKenzie's death comes after he was shot and wounded in the shoulder in an attempted robbery last year while on his way home from Dainfern Square in Johannesburg.

On social media, several DA politicians paid tribute to MacKenzie and shared some of their fond memories of him.

"'You survive a bullet dammit,' we joked last week like we always do. We’ve been through so much together and with humour, love and support carried each other through the most tough times of our lives. I am numb and in disbelief. It cannot be. Why do the good ones go?” wrote Van Damme.

My friend is gone. “You survive a bullet dammit,” we joked last week like we always do. We’ve been through so much together & with humour, love & support carried each other through the most tough times of our lives. I am numb & in disbelief. It cannot be. Why do the good ones go? pic.twitter.com/v2pmhl3698

An incredible story teller and a gentle man

Devastated at the loss of a dear colleague & friend, Cameron Mackenzie. We were both elected MP’s in 2014 & occupied the mid-bench of parliament, setting next to each other. He was an incredible story teller and a gentle man. He is such a loss to our party. Rest well Braveheart. pic.twitter.com/n4DmEwxrHF

It's a sad loss

May your Soul Rest in peace Cameron Mackenzie. Condolences to the family and colleagues in Parliament. It's a sad loss for @Our_DA pic.twitter.com/PsH8cKOggT

I’m totally shocked, saddened, angry and helpless to hear about the passing on of Cameron Mackenzie, MP 😭

He was a good human being, mentor, loyal friend and dedicated public official 👌🏽

Profuse condolences to his family, friends and associates 🙏🏽#RIP pic.twitter.com/8HOJmpBEKO

Terribly sad to have lost our third colleague in two weeks. Cameron MacKenzie was as assertive as a Scotsman, and proud of his heritage, but also had a huge sense of humour and a very charming and respectful man when he spoke to you. He will be missed as will his contribution. pic.twitter.com/eFaSdzkw2H

I will miss his chats and kind words

It’s really sad. Dear Cameron Mackenzie has passed on. I will miss his chats and kind words. We will one day dine in that beautiful place where all the kind-hearted people go. To his family and @Our_DA colleagues, my deepest sympathies. pic.twitter.com/SHSCjTdn2W

Dreadful loss of a wonderful human being

My god. Cameron MacKenzie. Dreadful loss of a wonderful human being. 🥺

Phumzile van Damme to Cameron Mackenzie: 'Come back and let’s continue to kick a**'

Hanekom's call was quickly met with salt by many on social media, including DA MP Cameron MacKenzie.
Politics
8 months ago