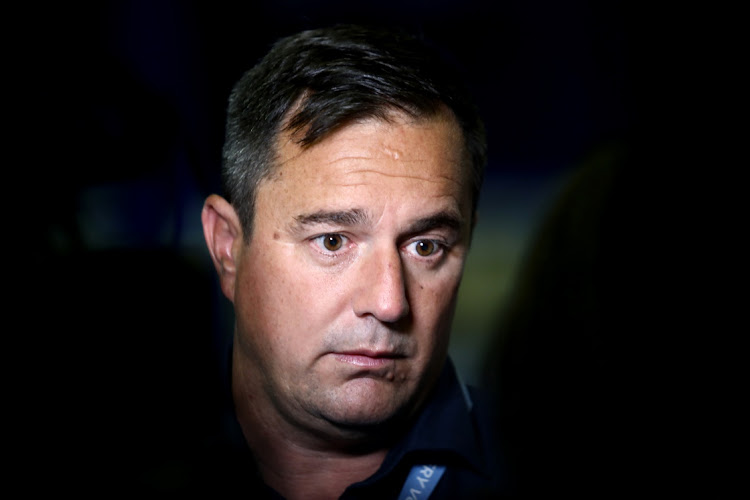 As political parties begin to consolidate their grip on various municipalities, one thing that DA leader John Steenhuisen said he does not want to do “is to form unstable coalitions”.

“We are not going to rush into any knee-jerk reactions or hasty decisions. This needs to be a deliberate decision that goes the distance over the next five years,” said Steenhuisen on Wednesday.

Speaking at the IEC results centre in Pretoria, Steenhuisen outlined the party’s coalition negotiation processes, saying: “The metros have been characterised by instability and what we are going out there for is a stable coalition that is going to be able to deliver services and last the distance.”

He said the party had noted the IEC’s slow pace in counting the election results but he hoped that by Thursday morning there would be a clearer picture.

“We would have loved to have been in huddles already with various parties but we do need to see what the final lie of the land is. We are hoping that by later this evening and certainly by tomorrow morning that the full picture will emerge.”

The party has developed a matrix that it has been working for the last three months for each municipality in SA.

“What we will then do is input the figures that we project into the matrix and what that will do is to give us the various permutations that will be possible within those municipalities and the various coalition options,” he said.

Once that is done, Steenhuisen said, the party will sit down with its negotiating team, which he, together with the federal council chairs, will lead. They will go through the options to determine “the best option for the party” and “for a stable coalition”.

“I don’t want to go into unstable coalitions. The situation we had in Tshwane in the past five years has been incredibly difficult. Running a minority government and living between council meetings is very difficult. So I will be looking to create stable, solid coalitions that will be able to go the distance and not fall apart from one council meeting to the next,” he said.

Parties that the DA goes into a coalition with will commit themselves to an agreement, which has already been drafted.

“Our lawyers have also spent the past two months doing a draft agreement. What we will then do is go out to the various parties that we believe are the better permutation and share this document with them and enter into talks with those political parties.”

Parties can then make inputs into the documents and put their views on the table.

“Those negotiations will hopefully start as early as tomorrow. But certainly later this week,” he said.

The party will make an announcement once the negotiations are complete.

“We also intend that once all the parties have signed the coalition agreement, to make those documents public ... so that they understand very clearly what the objectives of the coalitions are, what the coalitions hope to achieve in the next five years and what the red lines are.

Gauteng DA leader Solly Msimanga has cast aspersions on the IEC, saying some of its technical and logistical shortfalls have affected voters' rights, ...
Politics
7 months ago

The aim, he said, “was to start a new era of coalition governments”.

“Should our negotiations fail and should we not be able to put together a stable coalition based on values and principles, we will be very prepared to go and take up our seats as the official opposition in any of those municipalities and serve the residents of that council as a strong, determined and capable opposition, as we are in parliament and other councils, for the remainder of the five years.”

One thing that Steenhuisen said he does not want to happen is “forming a coalition and governing badly”.

“I don’t want that to be the story in five years’ time as we go out and ask people for their votes again ... I think we need to get these coalitions right because they are going to be the way of the future. As we build new majorities in provinces and at a national level in the years to come,” he said.

He did not rule out the possibility of an umbrella organisation that is formed by a party political spectrum that unites to unseat the ruling party.

“We cannot have another five years of chaos, especially in metros.”

When asked about his future as the party leader, Steenhuisen said he was confident in his leadership.

“I think the results on the board will confirm that and I think it will be up to the federal council to decide. I think we have had a good election, despite the huge predictions that were made of us getting between 16% and 19% and I think it is a respectable result and one that we can build on into the future.

“I feel completely and absolutely secure.”

Tshwane’s executive mayor Randall Williams was buoyant in his belief that no party will dislodge the DA from governing Tshwane metro and said he ...
Politics
7 months ago

Just hours after its historic victory in KwaZulu-Natal's uMngeni municipality, the DA has issued a warning to the municipal officials there to ...
Politics
7 months ago

The DA leader said the party identified 151 voting stations that experienced glitches with their voter management devices.
Politics
7 months ago