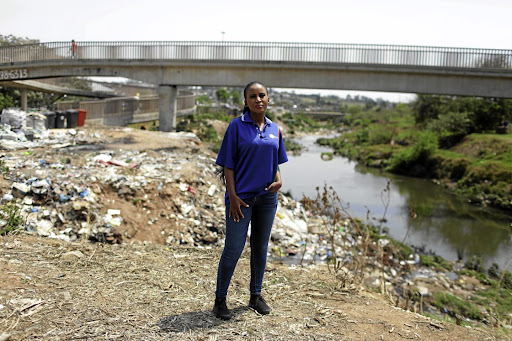 Thanks to ActionSA and the EFF, the DA is in control of Johannesburg.

This after Dr Mpho Phalatse emerged victorious against outgoing mayor Mpho Moerane of the ANC in the battle to wear the mayoral chains in SA's economic hub. Phalatse beat Moerane by 23 votes to become the first female mayor of the metro.

This concluded the DA's takeover, after a win for the position of speaker by 29 votes, with Vasco da Gama emerging victorious against the ANC's Eunice Mgcina.

ActionSA leader Herman Mashaba said the DA had him and the EFF to thank for its win, which he promised will be repeated in Tshwane on Tuesday.

“There's been discussions between us and the EFF to say let us support the DA and see what happens. What was important to us was to make sure that we do not have an ANC government in all three Gauteng metros.

“We agree with the EFF that we will not allow the DA to give this municipality to the ANC. We are proud of our achievement now we've removed the ANC from government, not only Joburg but in Ekurhuleni too and we will do it in Tshwane tomorrow,” said Mashaba.

Senior EFF insider explains why party voted for the DA in SA’s metros, a decision which ‘surprised’ Helen Zille
Politics
6 months ago

ANC in KwaZulu-Natal expected to be told by national structure to let go of the contentious renaming of a key road in Umlazi as co-operation ...
News
6 months ago

The DA’s Vasco da Gama has been elected speaker of the city of Johannesburg burg council.
Politics
6 months ago