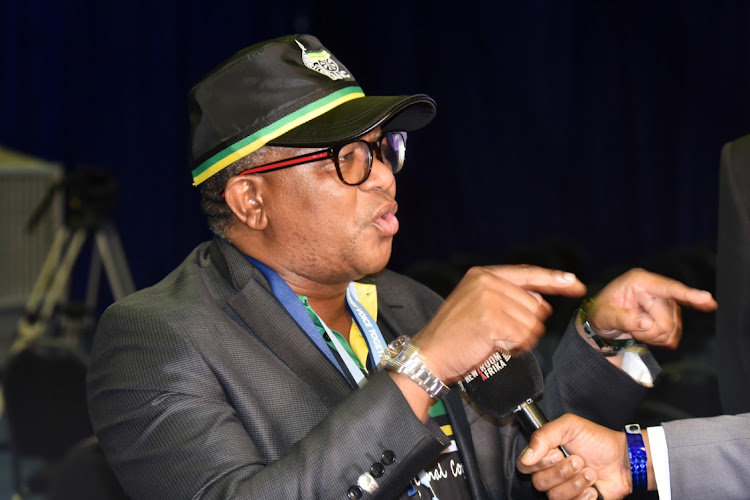 ANC head of elections Fikile Mbalula has blamed the governing party's performance at the polls on several issues, including the SABC and former president Jacob Zuma's arrest.

On Thursday, Mbalula briefed the media on the outcome of coalition talks following the municipal elections earlier in November.

His briefing followed a lengthy Twitter thread in which he claimed the ANC won the regions but opposition parties “ganged up” on them.

“Then there is Limpopo, that is where the ANC is governing with no problems. We don't have coalitions in Limpopo because we did well, but even now it's the ANC versus the ANC, with members taking each other to court.”

The ANC head of elections Fikile Mbalula admitted that voters punished the party for being unconvincing in its promise to deal with corruption, ...
Politics
1 week ago

SABC a 'mouthpiece' for opposition parties

“The SABC was a big problem ... You guys, during the local government elections, you run a programme called Gauge. That programme meant that you’re putting the ANC on the back foot. You were in all these majority municipalities showing our weakness.

“I did my job to the best of my ability against a ruthless SABC. No doubt you have added to the negative mood and you have aided the campaign of people not coming out in their numbers to vote. How do you tell a person to go and vote when there is a campaign on television every day that is running 'I'm not going to vote'?”

The SABC has rejected attempts by Fikile Mbalula to blame the public broadcaster for the ANC's poor election performance.
Politics
1 week ago

“Our numbers have dropped in eThekwini and that is why there is a coalition. Thank you to the smaller political parties and the leadership of the province led by [premier] Sihle Zikalala.

“And thank you to our comrades in eThekwini, where they faced the challenge of unity within the ANC. We’re going to work on that with our comrades there. If there are other ANC leaders who assisted, it’s most welcome. We don’t have issues with that, but we know this was an outcome of days and long nights.”

“The ANC was affected heavily by the storm of lack of voter turnout. There are factors [such as holding the election] on a Monday. Do you want to use that as an excuse? No‚ we accept that we are faced with a bigger challenge.

“What is that challenge? If the ANC does not implement comprehensively its renewal programme, the people will never be on our side.”

“The EFF, since its formation, has never supported the ANC. We were just taking our chances now because probably the political dynamics have died down. It never changed.

“The EFF cannot justify politically why they would donate their votes to the DA. Because they don't want us to govern? Fine. They then use the DA to block us from governing, it's fine. But in the past they said they would abstain, they did not.”

Do you think the ANC realises why they lost in the local government election?

‘You're in denial’: Politicians rub salt into Mbalula’s wound after ANC losses in Gauteng metros

Several politicians have taunted ANC head of elections Fikile Mbalula over his “denial” about the ruling party suffering a defeat in Gauteng metros ...
Politics
1 week ago

"If there's any punishment is by our voters who did not come out in numbers to vote," Mbalula said.
News
1 week ago

ANC head of elections Fikile Mbalula has laughed off  a moemish that saw him urge people to vote for the EFF.
Politics
1 month ago