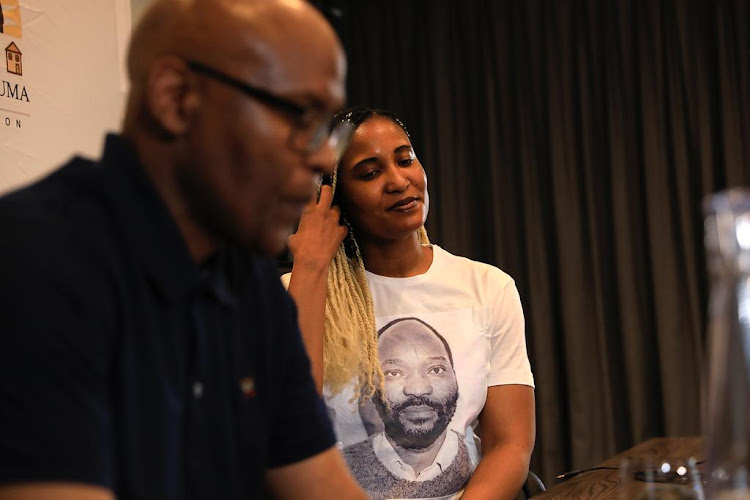 Mzwanele Manyi was among the first people to enable Gupta state capture to set in when he was appointed to replace Themba Maseko as GCIS boss, according to the state capture report. File photo.
Image: Alon Skuy

Jacob Zuma Foundation spokesperson and former Government Communications Information System (GCIS) CEO Mzwanele Manyi will have his hands full defending himself and his employer against the state capture inquiry findings.

Manyi, in his personal capacity, was found to have been an “enabler” of state capture during his time as GCIS boss, when he dished out millions of rand worth of advertising to the Gupta-owned The New Age (TNA) newspaper.

Part one of the inquiry’s report released on Tuesday night also named the Jacob Zuma Foundation in potential money-laundering activities with monies moved between it and then SAA chairperson Dudu Myeni’s business associates and son Thalente.

As if Manyi’s already full plate, as both Zuma Foundation spokesperson and political party ATM head of policy, is not enough, he also faces skeletons from a decade ago when he was making it rain millions for the controversial Gupta family.

The ANC is appealing to South Africans to engage with part 1 of the state capture inquiry report in a bid to put state capture in the country's past.
Politics
1 week ago

The inquiry report found the circumstances in which Manyi was transferred to the GCIS from the department of labour, where he was director-general, to be dubious and clearly having the hand and blessings of then president Jacob Zuma.

Manyi has been on “suspension/special leave” at the labour department after his fallout with minister Membathisi Mdladlana, who was in 2010 replaced by Mildred Oliphant.

When then GCIS CEO Themba Maseko rejected an instruction by Zuma to “assist” the Guptas, it was the perfect opportunity for Manyi, “who co-operated with the Guptas”, to move in.

Mdladlana had already signed off on sacking Manyi, but his successor Oliphant withdrew the dismissal though she did not want to work with Manyi.

“Ms Oliphant withdrew the dismissal but did not allow Mr Manyi to resume work as director-general of the department of labour,” said the inquiry report.

Enter Manyi at the GCIS in February and it was immediately the land of milk and honey for TNA in benefiting from advertising spend.

While all this was happening, TNA had no known readership or circulation figures but was second only to the Sunday Times in terms of ad spend by the GCIS.

During Manyi’s second year in charge, which was cut short, TNA benefited more than R8m from the GCIS without an established readership.

Quizzed about this during his oral testimony at the state capture inquiry hearings, Manyi first said TNA could not be compared to the Sunday Times since it was published five times a week.

When it was put to him that even daily publications such as the Daily Sun did not experience the same generosity as TNA, he said the GCIS was merely “the enabler department”.

In his report, acting chief justice and state capture inquiry chairperson Raymond Zondo agrees with Manyi, except “not in the sense that he meant it. The GCIS was an enabler of state capture during Mr Manyi’s tenure.

“Had it not been for the fact that Mr Manyi was moved in to replace Mr Maseko, the GCIS would likely have resisted the Guptas’ incessant pressure on government departments to divert their media spend to their business.”

The report went on to credit Manyi for having paved the way for “one of the earliest acts of state capture by the Guptas”, which was the removal of uncooperative Maseko as GCIS boss.

"We need the city hall for the secret ballot in the no-confidence motion," Manyi said.
Politics
1 week ago

Twenty minutes is all it took for fans of former president Jacob Zuma to buy all the available copies of his book "Jacob Zuma Speaks" at a "car boot ...
Politics
1 month ago

Former public protector Thuli Madonsela has welcomed the release of the state capture commission's report to the public on Tuesday, not long after ...
News
1 week ago