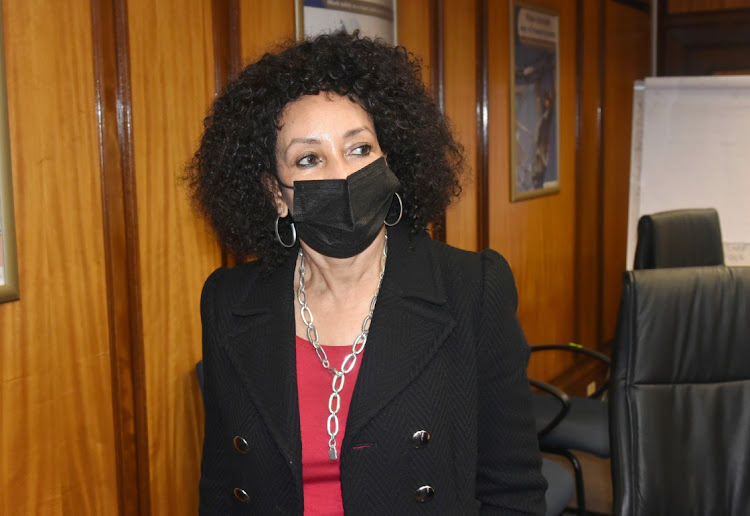 Tourism minister Lindiwe Sisulu is consulting her lawyers after a stinging rebuke by acting chief justice Raymond Zondo for an article she wrote.

“I’m in consultation with my legal team,” said Sisulu through her spokesperson Mpumzi Zuzile on Wednesday.

Earlier, and speaking through Steven Motale, her other spokesperson, Sisulu declined to say whether she will withdraw and apologise to African judges whom Zondo said were insulted by her opinion piece.

“As the chairperson of the social transformation subcommittee of the ANC, minister Lindiwe Sisulu welcomes the response of acting chief justice Raymond Zondo to her recent opinion piece that touched on many aspects of the social economic conditions of millions of South Africans,” said Motale.

In an article titled: Hi Mzansi, have we seen justice?, Sisulu questioned black judges, saying, among other things, that they were “mentally colonised Africans who have settled with the world view and mindset of those who have dispossessed their ancestors”.

“The most dangerous African today is the mentally colonised African. And when you put them in leadership positions or as interpreters of the law, they are worse than your oppressor. They have no African or Pan African inspired ideological grounding. Some are confused by foreign belief systems.

“In America, these interpreters are called the House Negroes. It is what the father of black history Carter Woodson strenuously complained about in his famous book The Miseducation of the Negro.

In response, Zondo said the article was riddled with baseless accusations which can only be viewed as insults and that it would be disappointing if no action was taken.

He said the article was “rich in insult but very poor in substantiation and in any analysis because it does not refer to any judgments that judges have given which have been analysed to produce the conclusions that she produces”.

Zondo stopped short of calling on President Cyril Ramaphosa and parliament to take action, saying the judiciary cannot tell the executive what to do when one of its members has done what Sisulu had done but that he found her conduct “completely unacceptable and it would be a pity if it was allowed to stand just like that”.

He also expressed the hope that Sisulu would have the decency to withdraw the insults directed at African judges.

Civil society organisations have criticised tourism minister Lindiwe Sisulu for her "attack" on the judiciary in an opinion piece published last week.
Politics
2 weeks ago