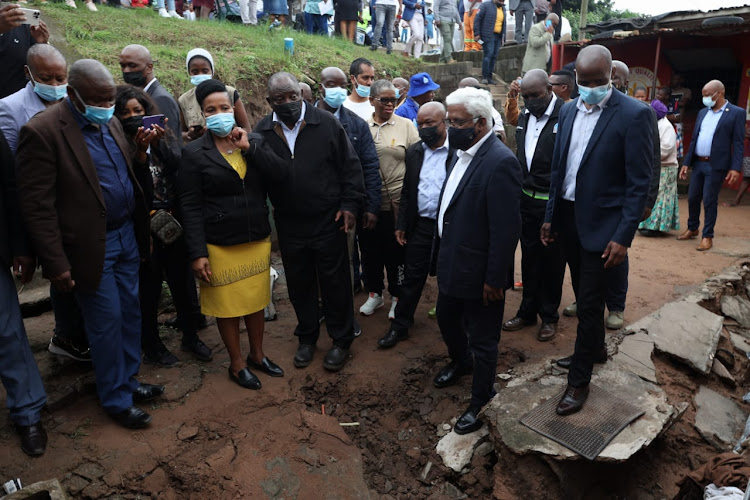 Residents of New Germany in eThekwini were among the first to be visited by President Cyril Ramaphosa on Wednesday when he headed to sites hard-hit by flooding.

The area, which borders a river, has seen several homes destroyed. Ramaphosa visited the home of the Gwala family, who lost a member in the flooding.

Mabel Gwala, 69, was washed away on Monday and has not been seen since.

“They phoned me and told me the house is getting very bad. At that time when they were trying to take things out of the room, that is when the water came. While she was taking things it swept her away and that was the last time we saw her.” 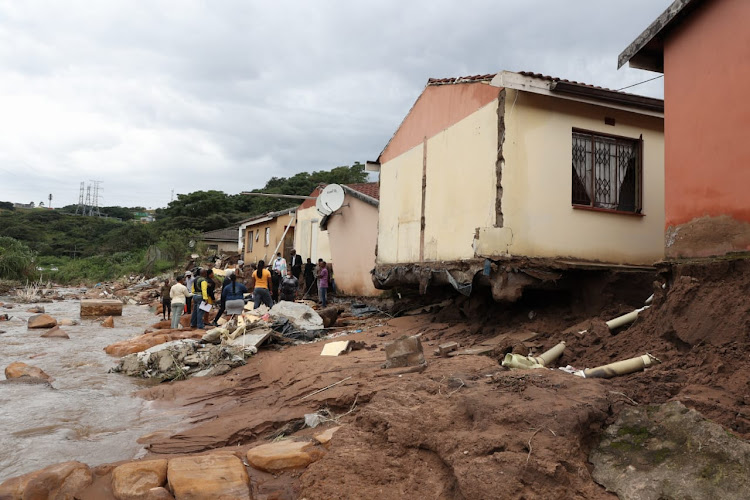 President Cyril Ramaphosa inspects where Mabel Gwala lived in an outside building at the back of a main house. The building was swept away by the river and Gwala is missing.
Image: Sandile Ndlovu

The room was in an outside building at the back of the main house. The entire building was swept away.

“They knew the water was going to come into the house. It is getting bad each year because the river is getting bigger. When I grew up here, it was a small river.”

Ramaphosa went into the Gwala home to speak to the family.

He was joined by KwaZulu-Natal premier Sihle Zikalala and newly elected ANC regional chairperson Zandile Gumede. Gumede is a former mayor of eThekwini who is facing criminal charges in relation to allegations of corruption. 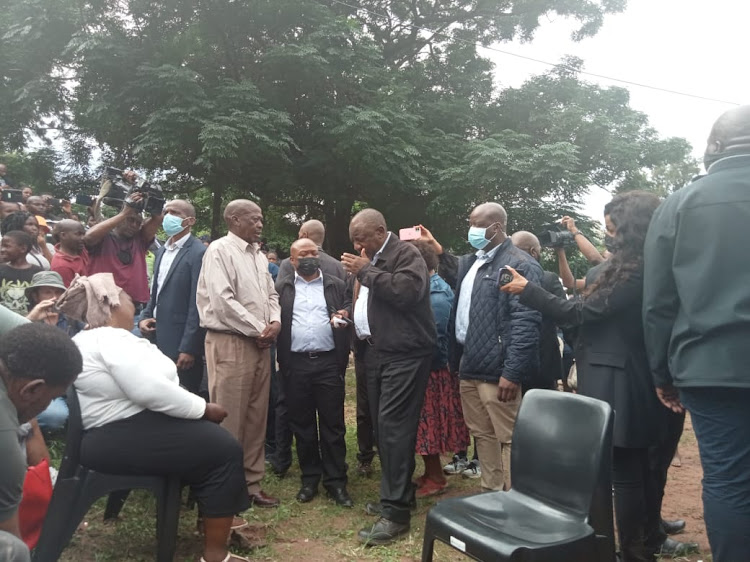 President Cyril Ramaphosa speaks to family members who lost their home during the devastating rains on Monday
Image: Mfundo Mkhize

Crocodiles from a farm near Tongaat, north of Durban, were washed away during the devastating floods that hit KwaZulu-Natal.
News
1 month ago

President Cyril Ramaphosa is expected to visit flood-affected areas in KwaZulu-Natal on Wednesday.
Politics
1 month ago

Widespread floods are wreaking havoc across the length and breadth of the province, from KwaDukuza in the north to Margate in the south.
News
1 month ago

The supply of electricity and water, burials, healthcare services and refusal removal has been affected by the severe flooding throughout Durban.
News
1 month ago