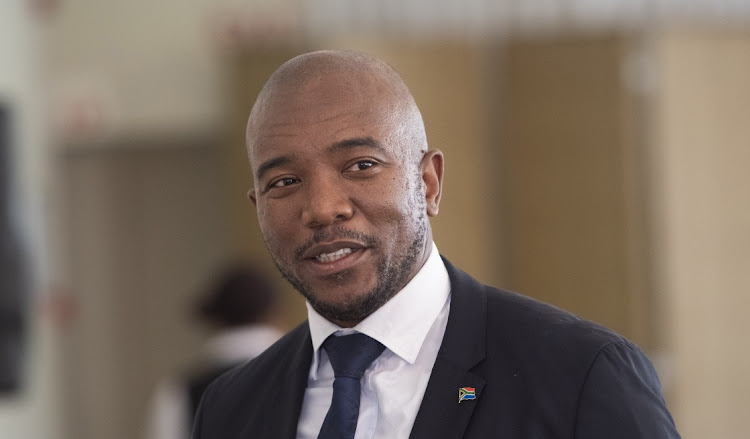 British prime minister Boris Johnson’s appearance before a parliamentary liaison committee on Wednesday has sparked calls for President Cyril Ramaphosa to do the same in SA over the power crisis and burglary at his Phala Phala farm.

Johnson appeared before the super committee, made up of the chairs of all the House of Commons select committees, to account for his policy and decision-making. According to the BBC,  his appearance focused on the impact of the war in Ukraine, the rising cost of living and integrity in politics and the rule of law.

Amid mass resignations as a show of no-confidence in his leadership, Johnson ruled out calling a snap general election.

It has since been reported that he has resigned as prime minister.

“Watching Boris Johnson appear before the liaison committee demonstrates how we as South Africans must demand that our president appear before an ad hoc committee of parliament to account on Eskom and Phala Phala. He must account to the people,” said Maimane.

British Prime Minister Boris Johnson said he was sad to be leaving the best job in the world in a resignation statement on Thursday, and added: ...
News
1 month ago

“It’s also that as 27 [British] MPs resign from the government, citing that they want to protect their integrity, imagine if cabinet ministers who oversaw state capture [in SA] had the courage to resign in the face of such serious allegations. We need direct elections,” said Maimane.

Ramaphosa is set to appear before the ANC’s integrity commission soon to answer questions concerning the burglary at his farm.

The Sunday Times reported that Ramaphosa failed to appear last week, leading to the party’s national executive committee meeting (NEC) resolving that he must appear before the commission “as a matter of urgency”.

Ramaphosa missed his initial meeting because he was attending the Southern African Customs Union (Sacu) summit in Gaborone, Botswana.

“We did not discuss it at length because the NEC agreed the president has to appear as a matter of urgency. He had to attend the Sacu summit in Botswana. He definitely wants to appear so he can get this matter over and done with because we have to go to conference. Of course he is seeking a second term and he is going to get it,” said an NEC insider.

"This is blatant racism and demeaning of a fellow human being. A violation of Thuli Madonsela's dignity," Mmusi Maimane said.
News
1 month ago

As goes Ramaphosa, so goes the ANC

If President Cyril Ramaphosa is forced to step down as leader of the ANC over Phala Phala, the party's downward spiral will accelerate; it could ...
Opinion & Analysis
1 month ago

‘There are better discussions than terms of reference’: Maimane on ActionSA banning use of ‘comrade’

"In a country beset with challenges of unemployment, load-shedding, decaying infrastructure, crime and corruption, a collapsing and failing state, ...
Politics
1 month ago