WATCH | Do you want your pen back? Dali Mpofu's reaction to impeachment inquiry disturbance raises eyebrows 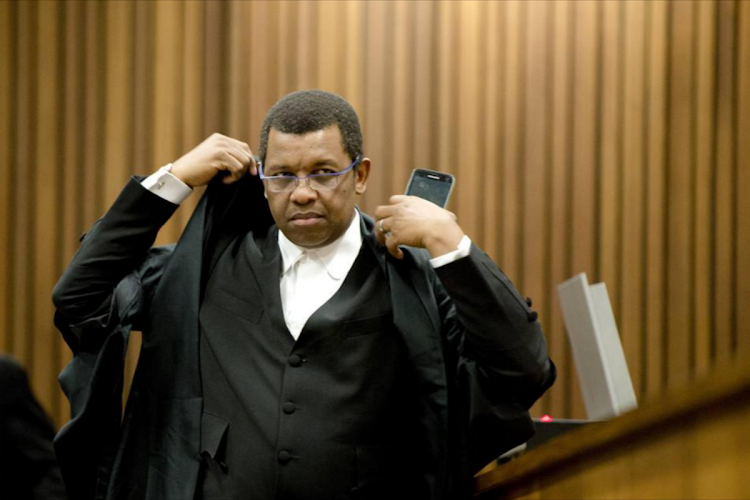 Dali Mpofu was not impressed by the interruptions.
Image: Gallo Images

A video of advocate Dali Mpofu throwing a pen, seemingly at a staff member who distracted him, has raised eyebrows.

Proceedings in the inquiry into her fitness to hold office were halted for a few seconds on Monday when Mpofu was distracted by a lady walking past him on screen.

Mpofu seemed to ignore the first time she walked behind him, visible to camera, but turned back and then glared at her when she did it a second time.

When asked who had disturbed him Mpofu tried to continue his train of thought.

A moment later he is seen picking up a pen, transferring it to his left hand and throwing it at someone or something off screen.

He gives one last glare before returning to proceedings.

Advocate Dali Mpofu assaulting his white PA, with a pen, during his submissions before the Parliamentary Committee. 😂😂😂😂 (watch till the end) pic.twitter.com/rSdotCKJoA

The moment drew mixed reactions, with some claiming he should have ignored the interruption and others finding it hilarious.

The inquiry heard from Tebogo Kekana, a former senior investigator at the PP’s office who reported directly to Mkhwebane, about alleged “misconducts”.

His testimony was challenged by Mpofu who claimed it was improper for Kekana to give evidence as it “may clash with a criminal proceeding that is under way”.

The hearings for the possible impeachment of suspended public protector Busisiwe Mkhwebane are continuing on Monday.
Politics
2 weeks ago