‘All countries need to take responsibility for their citizens’: Lindiwe Zulu on immigration 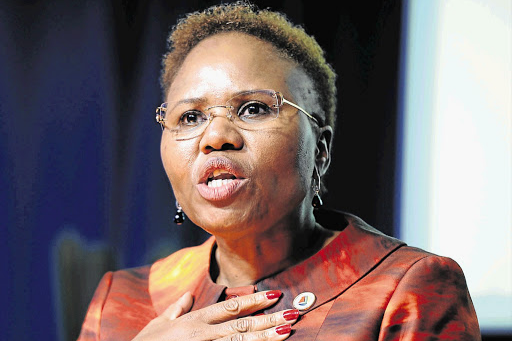 Chairperson of the ANC subcommittee on international relations Lindiwe Zulu says countries should take responsibility for their citizens.

Zulu was addressing the media this week on the party’s policy discussion document titled “In pursuit of progressive internationalism in a changing world”.

The discussion on international relations comes amid the department of home affairs' decision not to extend the Zimbabwe Exemption Permit granted to Zimbabwean nationals working in SA.

“When it comes to the issue of home affairs, you were saying maybe we are sending Zimbabweans back to starve. As the ANC, we believe all countries need to take responsibility for their citizens,” said Zulu.

“First and foremost, we take responsibility for our citizens, We make sure that despite the challenges we have of poverty, unemployment and inequality, we don’t have South Africans leaving SA with almost nothing, leaving SA for neighbouring countries to look for greener pastures when they aren’t that much greener.”

Thousands of low-skilled Zimbabwean nationals are finding it difficult to qualify for visas and many believe the SA cabinet's decision to do away ...
News
1 month ago

Zulu said the ANC and Zimbabwe’s Zanu-PF were having discussions in the run-up to the 2023 elections in Zimbabwe.

“We continue to engage with Zanu-PF to say let us all collectively create conducive environments for our people so we have people-to-people relationships. It's going to be people-to-people without some feeling like they are being pinched, without feeling like we’ve got too many Zimbabweans in the country and they should be in their home,” she said.

She called on other countries to help SA to deal with the issues of immigration and immigrants.

The home affairs department faced a backlash from the public and court action from the Helen Suzman Foundation over the decision to not extend the exemption permit.

“The minister and the department will vigorously defend the lawful, reasonable and rational decision by the minister. We cannot be expected to throw up our hands in despair and fail the people of SA

“The minister’s door is always open for constructive engagement rather than waste ever-shrinking government resources to defend unnecessary court challenges,” said the department.

Almost 200,000 Zimbabwean nationals will be affected and they don’t hold much hope of getting the relevant visa
News
3 months ago

A legal challenge is being mounted against the home affairs ministry's decision to terminate the permit system allowing Zimbabweans to live legally ...
News
1 month ago