Stranded on tarmac at OR Tambo after repatriation flight, surfer Jordy Smith speaks out 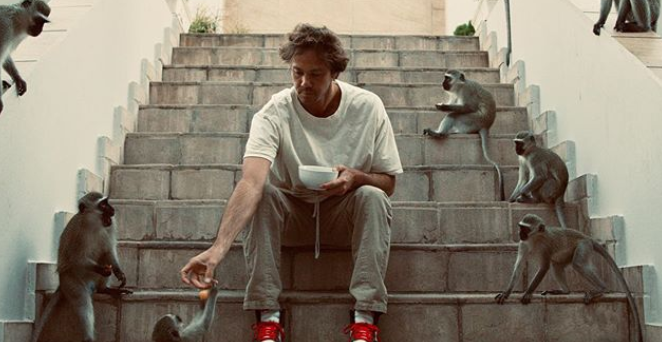 South African surfer Jordy Smith was among the evacuees from the US who waited for hours to learn where they would be accommodated for quarantine.
Image: Instagram/Jordy Smith

Well-known South African surfer Jordy Smith has detailed how he and his wife Lyndall were stranded on the tarmac at Johannesburg's OR Tambo International Airport while waiting to be transported to a quarantine site.

The couple was among South African citizens who were repatriated from the US and were to be accommodated at a nearby hotel.

Smith took to Instagram to share a picture of himself and Lyndall on the tarmac together with a video of parked minibus taxis in which they were due to be transported.

Some evacuees can be seen chatting while they waited for instructions from officials.

Had to leave the USA on a Repatriation flight from Washington-JHB. We have landed in Johannesburg and have been stuck on the tarmac for 5 hours and counting. Still no information .. around 275 people. All stranded here #repatriationflight #southafrica #lockdown #socialdistancing

According to eNCA, the accommodation facility which was supposed to house the group for 14 days cancelled its contract with the government, leaving them stranded for about five hours before an alternative arrangement was made.

About 250 South Africans who were repatriated from the United States of America have been stuck at the OR Tambo International Airport since their ...
News
1 year ago

The government could pay over R28m to quarantine repatriated South Africans.
Politics
1 year ago

The good, the bad and the lonely: Life in hotel quarantine for South Africans returning from overseas

A culinary arts student who was forced to cut her learnership short and return to South Africa in March due to the coronavirus on Monday described ...
News
1 year ago