First time the country will be stripped of a major medal 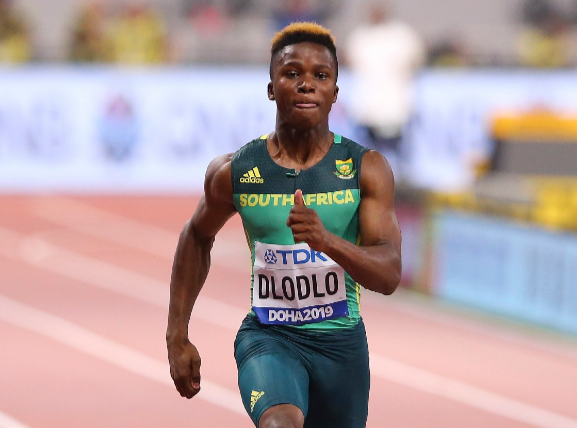 Thando Dlodlo competing in the 100m at the 2019 world championships in Doha.
Image: Roger Sedres/Gallo Images

SA will be stripped of its world relay gold medal after one member of the 4x100m team was handed a two year and six months ban for doping.

This is the first time that a drug ban has cost the country a podium spot at a major athletics competition.

Thando Dlodlo, who kicked off the relay, tested positive for testosterone at the SA championships in Pretoria a few weeks before and has been banned for two years and six months.

Sprint star Akani Simbine delivered a powerful run on the final leg to secure the victory, but he, teammates Gift Leotlela and Clarence Munyai as well as Dlodlo will have to return their medals, SA Doping Institute for Drug-Free Sport (Saids) CEO Khalid Galant said on Tuesday.

TimesLIVE understands the prize money from World Relays had been withheld pending the outcome of the case.

Dlodlo should have been banned for four years, but received a reduction for an early admission of guilt, Galant added. Such reductions in penalty normally also come with a level of co-operation with the investigation.

The 22-year-old, who competed for Tuks and was considered one of the rising stars of the sprint track, competed until late June last year, finishing second in a 100m race in Switzerland and winning the 200m B-final on the same day.

He was also part of the 4x100m relay team at the 2019 world championships in Doha that clocked the 37.65sec SA record.

Dlodlo also represented SA at the 2019 African championships, winning bronze in the relay and ending eighth in the 100m final.

Wayde van Niekerk is relishing his role as a new father, but he’s as confident as ever that he can still return to his world-beating ways.
Sport
6 months ago

Coach Paul Gorries knows that only a fraction of SA's world under-20 medallists have ascended podiums at senior level, but he's confident sprinter ...
Sport
11 months ago

SA’s highly fancied 4x100m relay team crashed out of the heats at the Tokyo Games on Thursday morning, failing at the first handover.
Sport
1 year ago

Team SA’s last remaining real podium hope — at least on paper — storms into action in Tokyo on Thursday morning‚ but looking like a shadow of the ...
Sport
1 year ago