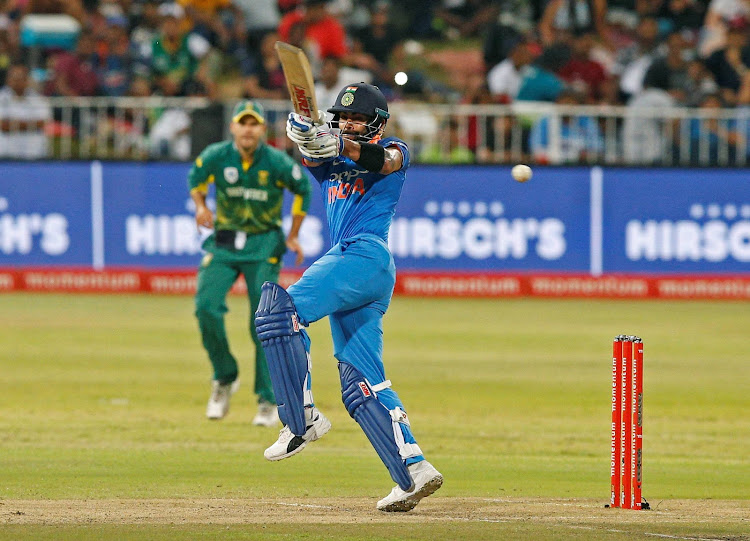 That and a partnership of 189 between Kohli and Ajinkya Rahane, who shared more runs than any other pair of India’s batsmen for the third wicket in an ODI against South Africa.

Du Plessis’ 120 elevated South Africa to a competitive score of 269/8. Until, that is, India settled into their reply, which was anchored by Kohli’s 112.

The visitors made 270/4 to clinch an emphatic victory with all of 5.3 overs remaining.

That ended a streak of 17 ODIs without defeat by South Africa at home, and marked the first time India had won in seven completed matches in the format against the home side at Kingsmead.

But the game had been won and lost long before the winning runs were struck. It was effectively decided between the 11th and 30th overs of South Africa’s innings, when either leg spinner Yuzvendra Chahal or left-arm wrist spinner Kuldeep Yadav — or both — were bowling.

Du Plessis came to the crease in the eighth over and left five balls before the end of the innings when he holed out to Bhuvneshwar Kumar.

The South Africans will thank their gods he did. Their captain scored more than three times more runs than anyone in an innings in which no-one else made it as far as 40, and featured in half-century stands with Quinton de Kock, Chris Morris and Andile Phehlukwayo.

South Africa seemed up for the fight when they removed Rohit Sharma and Shikhar Dhawan by the 13th over with 67 runs on the board.

Sharma’s hooked top edge off Morne Morkel looped up to be caught by De Kock, and Dhawan became the victim of shoddy judgement by Kohli and was stunningly run out by Aiden Markram’s direct hit, from backward point, on the stumps at the non-striker’s end.

But that was almost all India’s captain got wrong as he and Rahane set about reeling in the target with ease.

None of South Africa’s bowlers troubled them and not a chance was offered. They didn’t bludgeon; they batted — as illustrated by the fact that they had hit only seven fours when their stand reached three figures.

Rahane gave it away when he shoved a ball from Phehlukwayo down mid-wicket’s throat in the 43rd over to go for 79.

Kohli was dropped off Phehlukwayo on 108 by substitute fielder Khaya Zondo in the deep in the 43rd, but it hardly mattered.

Neither did it mean much nine balls later, when Phehlukwayo had Kohli caught closer to the boundary than the pitch.

That brought MS Dhoni to the middle, and he put India 1-0 up in the six-match series by whipping Kagiso Rabada through square leg for four.

Hostilities will resume in Centurion on Sunday, by which time South Africa will need answers to several questions asked of them at Kingsmead on Thursday if they aren’t going to finish on the wrong end of the equation again.