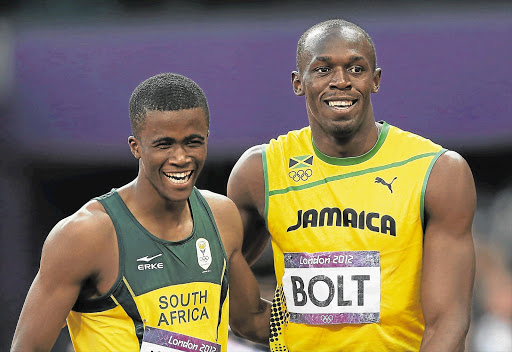 Sprinter Anaso Jobodwana was the noticeable omission from the Commonwealth Games squad named in Johannesburg on Tuesday.

But the world championship 200m bronze medallist from 2015 is likely to be added once the men’s 4x100m relay team is finalised‚ SA Sports Confederation and Olympic Committee (Sascoc) president Gideon Sam said.

Jobodwana will also likely be allowed to compete in at least the 200m individual competition.

Sam is not targeting medals‚ but instead wants South Africa to return to fifth on the medals table at the 2018 edition at Gold Coast in Australia.

SA’s top hopes for gold will rest with the likes of Chad Le Clos‚ Caster Semenya‚ Luvo Manyonga‚ Ashleigh Moolman-Pasio in the women’s time trial‚ the rugby sevens team and the lawn bowlers‚ who include Colleen Piketh and Gerald Baker.

In the squad are the men’s and women’s hockey and sevens sides‚ as well as the Proteas netball side.

For the first time‚ the Games organisers gave slots to nations‚ with SA getting 99 individual spots‚ although this was pushed up to a 100 — a big cut on the number of individual spots they filled four years ago.

With 72 team spots and 17 para participants‚ the total size of the SA team should be 189. Gymnastics has yet to be named.

The track and field squad will number 17 once the extra four relay runners are added‚ making them smaller than the swimming team of 23.

It’s a crazy anomaly‚ given that there are more medals to be won in athletics‚ but the qualifying window for track and field eliminated most of the 2017 season‚ starting only on August 1.

For the first time since the 1998 showpiece in Kuala Lumpur‚ there will be no men’s 4x100m freestyle team — because they’re simply not fast enough.

SA won the Games relay gold at Melbourne 2006‚ when they were the reigning Olympic champions‚ and made the podium at Delhi 2010 and Glasgow 2014.

Present at the announcement was sport minister Thulas Nxesi‚ deputy Gert Oosthuizen and other officials from their department‚ which is contributing R9-million to the team.

“Make sure they [the athletes] lack for nothing‚” Nxesi told Sascoc’s top brass.

“No more dodgy tracksuits‚” he added‚ referring to the oversized apparel dished out to athletes for the 2016 Rio Olympics.

Sam said an announcement on the new tracksuits would be made in due course.

South African netball coach Norma Plummer will contact franchise and club coaches handling her Proteas players over the next two months to help ...
Sport
3 years ago