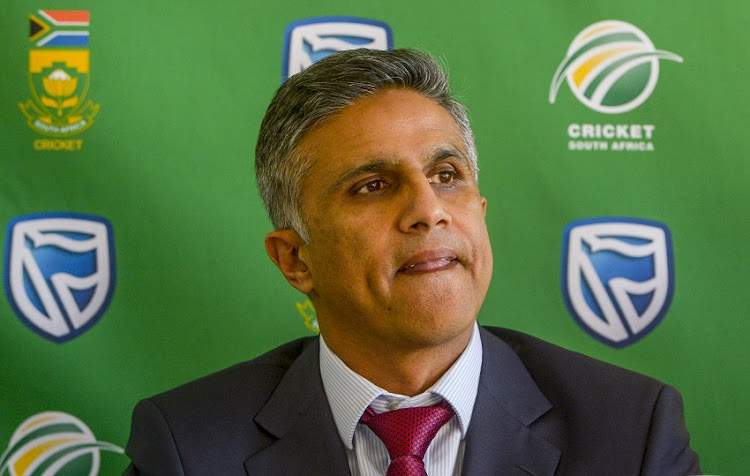 The longest serving member of South Africa’s men’s team’s dressingroom has lifted the lid on troubling aspects of the relationship between players and administrators.

Mohammed Moosajee become South Africa’s team doctor in 2003 and their manager in 2008‚ and has since fulfilled both roles.

In a letter from him to Cricket South Africa’s (CSA) board he estimated approximately R15-million had been saved because of his dual function.

That’s the extent of the good news.

The rest will worry those keeping an eye on the state of the game in the country.

The letter‚ the contents of which are known to TimesLIVE‚ was submitted to the board for their meeting on Thursday.

Moosajee informed the board that he did not want to continue‚ which CSA confirmed in a release on Sunday‚ which said he had “expressed … his wish not be considered for another term as joint team manager and team doctor‚ which the board accepted”.

The only other mention of Moosajee in the release was attributed to chief executive Thabang Moroe‚ who thanked him for his “national service to South African cricket”.

So far‚ so amicable. But Moosajee also wrote that late last year he survived an attempt to remove him from his position.

The move came to the attention of captain Faf du Plessis and coach Ottis Gibson‚ who met with CSA president Chris Nenzani to keep Moosajee on board.

Moosajee‚ who is contracted until September‚ also highlighted his alarm that he was not informed that he had been omitted from CSA’s exco — which the organisation’s website describes as its “senior executive team”.

Moosajee had been part of the structure since 2011‚ and his absence means the national team are not directly represented on a body that‚ CSA’s website says‚ “is an important planning and operational committee serving under the chief executive (CE) of CSA”.

“The committee is intended to serve as an advisory committee to the CE and is entitled to make strategic and operational recommendations to the CE and the board of CSA‚” the CEC’s terms of reference say.

Asked on Monday what CSA planned to do about the team not having a say at that level‚ a spokesperson said:

“That is not true. The national men’s and women’s team will now be represented by the acting director of cricket until the post is filled permanently.”

Which takes us back to Sunday’s release‚ which announced the sweeping aside of much of the structure around a national team that earned a hard look at how they function — or not — by losing five of their eight completed games at this year’s World Cup.

Gibson and his assistants have lost their jobs‚ although it seems they could reapply for them‚ and Du Plessis’ position appears uncertain.

CSA are on the hunt for a director of cricket as well as a team director‚ who it seems will have to fulfil the roles of coach and manager.

For now‚ Corrie van Zyl‚ CSA’s manager of cricket pathways‚ is the acting director of cricket and thus‚ by some measures‚ the most powerful person in the game in South Africa.

And all that with the clock ticking towards the tour to India in September‚ where three T20s and three Tests await.