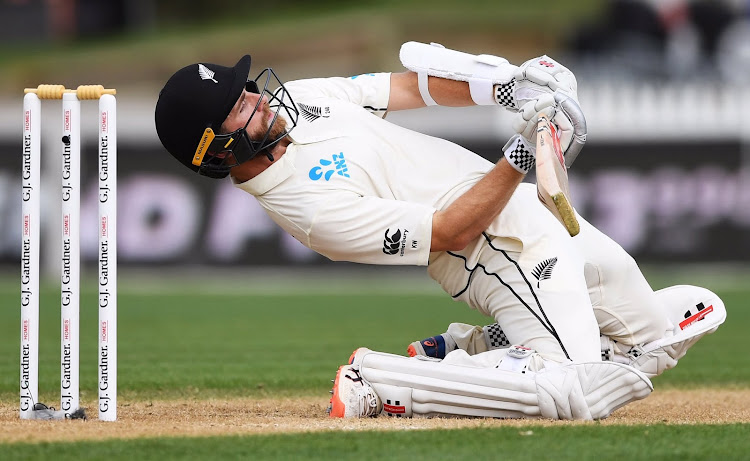 Kane Williamson ducks under the ball during the fourth day of the second test between hosts New Zealand and England.
Image: @BLACKCAPS/Twitter

More than 20,000 New Zealand fans are expected to throng the Melbourne Cricket Ground on Thursday to watch their side play their first test at the iconic ground since 1987 when they face Australia in the second match of the three-game series.

Cricket Australia said last week more than 16,000 tickets had been sold to New Zealanders based in Australia, while airlines have put on extra flights to ferry the thousands of fans across the Tasman Sea for the fixture.

Such has been the interest, officials said they were projecting a crowd in excess of 78,000 on the opening day of the traditional Boxing Day fixture, the largest attendance at the ground for a non-Ashes test.

The significance of the clash lies not just in that Australia could clinch the series with a victory after winning the first match in Perth last week by 296 runs, according to former New Zealand wicketkeeper Ian Smith.

The match showed Australia now recognised their neighbours were worthy of playing high profile tests like the Boxing Day fixture in Melbourne and New Year's match in Sydney, which attract massive holiday crowds.

"We've toured here but we seem to play the curtain raiser not the main event," Smith told Australia's Fox Sports this week.

New Zealand have played 20 tests in Australia since 1987, none of which have been in biggest cities of Melbourne or Sydney.

"I think the All Blacks have probably played at the MCG more often than the New Zealand cricket side in the last 30 years and I think they're playing there next year.

"That's the irony of it, that the rugby side have played here more than the cricket side. It's just wrong."

Despite the heavy defeat in Perth, New Zealand enter the match with optimism given they are likely to have pace spearhead Trent Boult back after he recovered from a rib muscle injury.

The 30-year-old would be a straight swap for the injured Lockie Ferguson and would bolster New Zealand's pace attack.

Tom Blundell has already been confirmed as a replacement for the out-of-form Jeet Raval to open the innings.

Australia fast bowler James Pattinson will come in for the injured Josh Hazlewood, while coach Justin Langer has mooted the idea of taking five specialist bowlers into the match due to a pitch that has been batsman friendly in recent years.

MCG curator Matt Page, however, said on Monday the wicket, which is not the same as the one used in an abandoned first class match earlier this month because it was considered dangerous, would be fair to both bat and ball.

Proteas all-rounder Vernon Philander has announced his retirement from all forms of international cricket following a stellar career that saw him ...
Sport
2 years ago