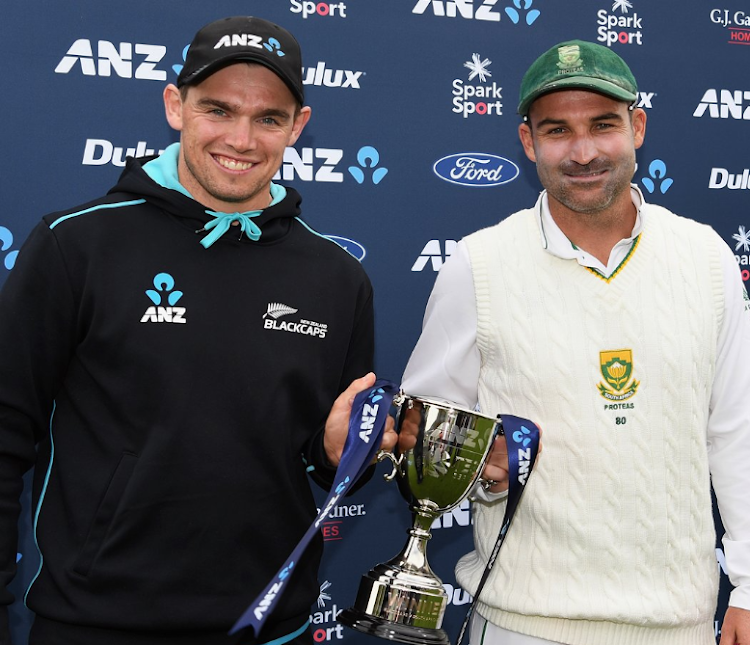 SA staged one of the finest comebacks in the history of Test cricket after they turned the tables on New Zealand to win the second and final Test in Christchurch and draw the series.

Beaten black and blue after a crushing defeat by an innings and 276 runs in the first Test at Hagley Oval, the odds were stacked in favour of the Kiwis to win their first Test series over SA home or away since 1932, but the Proteas had other ideas as they romped to victory by 227 runs in their second innings just after tea on day five to level the two-match series 1-1.

Having lost the toss and put in to bat in the first Test, SA took all the punches and offered none and capitulated in two and half days.

Having won the toss in the series decider, the world cricket community thought Dean Elgar had lost his marbles when the SA captain decided to bat first.

SA turned the tables on New Zealand with a 198-run victory in the second Test in Christchurch on Tuesday, crushing the hosts' hopes of a breakthrough ...
Sport
5 months ago

The cynics were made to eat humble pie as the Proteas responded with an assured batting performance and a disciplined bowling display after Elgar decided to bat first when another captain would have cowered.

“To see the guys bounce back shows a lot of character, growth and maturity.

“To get the win the way we did in the second Test was brilliant for us.”

Elgar said his decision to bat first was tactical.

“Visually the pitch did look a lot different to the first Test,” said the 34-year-old.

“It was not as green and there was a lot less grass. It did look a little bit like a bat first wicket but I think because of what happened in the first Test the easy or soft decision would have been to bowl first after winning the toss.

“My nature and character as a leader is not to take the easy way out. My character is to run towards the pressure you are facing.

“Sometimes you have to make tough calls for your squad and it was nice to see the guys respond.

“The decision [to bat first] was about us trying to play a positive brand of cricket and playing on the front foot. Taking the easy way out does not sit well with me.”

New Zealand are World Test Championship mace holders and despite SA having beaten top-ranked India before travelling to Christchurch, the Kiwis are a formidable team in their home conditions, and Elgar said he would have taken the 1-1 result before the series started.

SA were blown away for 95 and 111 but came storming back to out-perform their hosts with scores of 364 and 354 declared as New Zealand twice failed to reach 300.

The turnaround started with Elgar’s decision to bat first and the courageous move by the selectors to include Keshav Maharaj at a ground where spinners have not enjoyed success.

There was hardly a surprise when Maharaj didn’t play in the first match but a lot of jaws dropped when the spinner was included in second Test, and the 32-year-old responded with 40 runs and four wickets in both innings.

Elgar said he knows exactly what he gets out of a Maharaj.

“We played Kesh, who is someone who has always been a banker for me and I know what I get from him when it comes to playing in a competitive nature.”

The team travels back to SA on March 2 via Singapore and is expected to arrive in Johannesburg on Friday.

They will get a few days of rest and family time before reassembling to start preparing for the tour of Bangladesh, which starts in Gauteng on March 18.

The International Cricket Council (ICC) plans to work in the future on the men's and women's calendars to avoid fixture clashes that can undermine ...
Sport
5 months ago

Australia top-order batter Usman Khawaja says there will be no room for sentiment when the first ball is bowled in the opening Test against Pakistan ...
Sport
5 months ago