The pair were tested on Monday morning after 'feeling unwell' 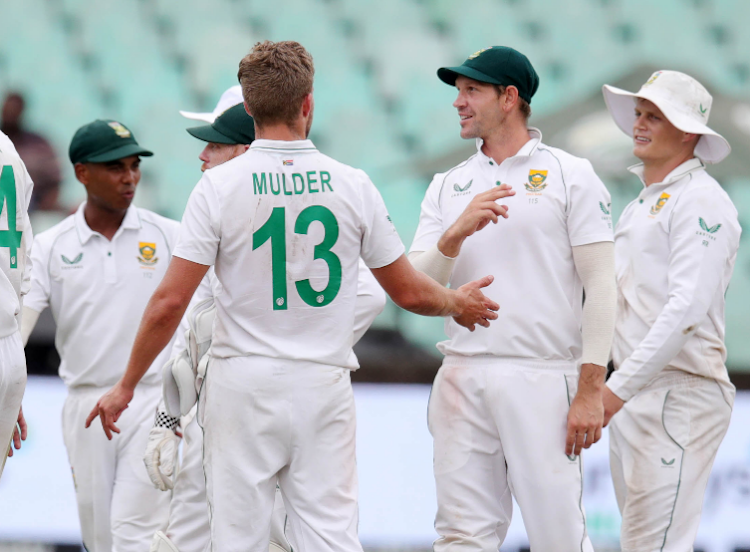 Opener Sarel Erwee and all-rounder Wiaan Mulder have been ruled out of the second and final Test against Bangladesh at St George’s Park in Gqeberha after they tested positive for Covid-19.

The match will continue and middle-order batter Khaya Zondo will make his Test debut in place of Erwee while fast bowler Glenton Stuurman will come in for Mulder to add to his solitary cap.

Cricket SA (CSA) said Erwee and Mulder were tested on Monday morning after they reported they were not feeling well.

The Test was in its final stages with Bangladesh on the ropes in their second innings at 46/6 at the time of publishing, facing a target of 412.

CSA said the team will invoke the Covid-19 substitution protocol that was agreed between the two boards before the start of the tour and in accordance with world governing body ICC protocols.

“This is an unfortunate situation, but not unexpected after the decision was made to have this tour under the Managed Event Environment protocol rather than the strict Bio-safe Environment protocol as was previously the case,” CSA chief medical officer Dr Shuaib Manjra said.

“This is in line with the country’s policy in revoking the Disaster Management Act with reference to the pandemic and the huge mental strain that a bubble environment induces.”

Manjra said Erwee and Mulder are in quarantine at the team hotel under the care of the team’s medical staff.

Proteas batsman Sarel Erwee believes his close relationship with Dean Elgar has played a major role in how well they have recently combined as ...
Sport
2 months ago