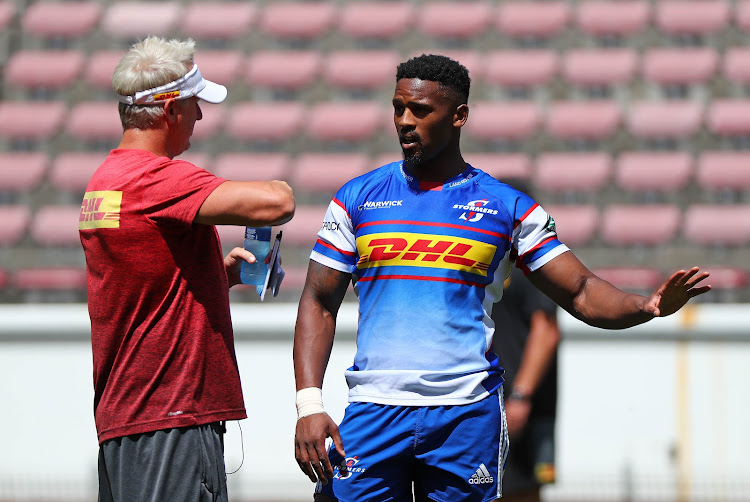 Stormers coach Robbie Fleck has chosen a mobile pack to match the Waratahs’ ability across the ‘fast’ Sydney Football Ground pitch‚ when the sides meet on Saturday.

Lock Pieter-Steph du Toit and flank Kobus van Dyk come into the starting lineup‚ replacing Chris van Zyl and Cobus Wiese in what the coach believed was the best fit for requirements this weekend.

Speedy flank Sikhumbuzo Notshe is on the bench to add further mobility late on.

“Pace in the pack plays a role in these selections‚ because we believe it is going to be an open game.” Fleck said.

“They have some new faces‚ but they are a team that likes to keep the ball in hand and they have a good attacking kicking game.

“They will look to put us under pressure with kicks in behind‚ or contestable kicks‚ so our pack has to be mobile. We need speed across the park for 80 minutes.”

Du Toit‚ the 2016 SA Rugby Player of the Year‚ missed last week’s season-opener against the Jaguares with a back strain‚ but has responded well to treatment.

SP Marais‚ who suffered an injured toe in a pre-season friendly‚ has also fully recovered and will start in the No 15 jersey with Dillyn Leyds moving to wing. Blitzbok star Seabelo Senatla drops to the bench this week.

JJ Engelbrecht‚ a former Springbok‚ replaces EW Viljoen at outside centre with the latter dropping to the bench in a rotational switch.

The Stormers have met the Waratahs eight times in Sydney and have won four‚ including the last time they met in Sydney in 2015 when the Stormers won 32-15.

Discipline‚ or lack thereof‚ will be one of the deciding factors when the Lions host the Jaguares at Ellis Park on Saturday.
Sport
4 years ago

Stormers beef up for Waratahs

Stormers coach Robbie Fleck has beefed up his side with inclusion of lock Pieter-Steph du Toit‚ centre JJ Engelbrecht and fullback SP Marais for ...
Sport
4 years ago

Former Springbok coach Peter de Villiers said his successors Heyneke Meyer and Allister Coetzee should have approached him for advice ahead of taking ...
Sport
4 years ago

Can the Jaguares maul the Lions in Johannesburg?

It’s been six years since the Junior Springboks last won the Under-20 World Championships‚ and this year they are taking their preparation to a ...
Sport
4 years ago