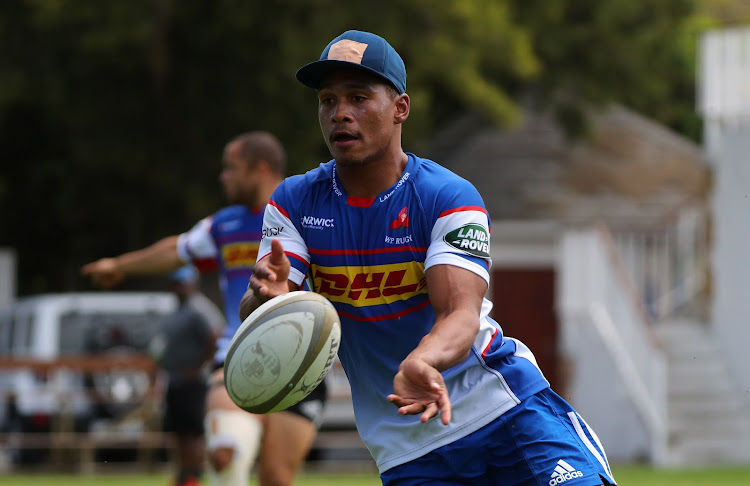 Damian Willemse will start at flyhalf for Western Province when they meet the Blue Bulls at Loftus Versfeld on Saturday.

Willemse‚ 20‚ was the Stormers’ regular starting flyhalf this season but has recently been making cameos at fullback for the Springboks.

However‚ Province coach John Dobson has decided to deploy the highly talented youngster in his most familiar position for this match.

Province need only one point from the encounter to secure overall top spot on the standings.

Willemse is one of three returning Springboks to the Province starting lineup following their 50-28 win over the Sharks two weeks ago.

No.8 Sikhumbuzo Notshe starts at the back of the scrum in place of Jaco Coetzee while tighthead Wilco Louw takes over from Michael Kumbirai.

Louw is set to make his 50th appearance for Western Province.

Centre Ruhan Nel‚ who was with the Bok squad but not played‚ will play outside centre as he did against the Sharks.

Scrumhalf Herschel Jantjies will form an all-new halfback pairing with Willemse‚ while Dan du Plessis makes his first start of the season in midfield alongside Nel.

The outside back combination of Dillyn Leyds at fullback and wings Sergeal Petersen and SP Marais remains unchanged.

Dobson said that his team are expecting a typically tough examination at Loftus Versfeld.

"The Blue Bulls will obviously be highly motivated for this match‚ which should provide us with the sort of challenge we need ahead of the play-offs.

"We have got an extremely exciting team and we are all looking forward to putting our plans into action at Loftus Versfeld‚" he said.

New Lions captain Nic Groom will have Elton Jantjies as halfback partner in Friday’s crucial Currie Cup clash against the Pumas in Nelspruit.
Sport
3 years ago

Western Province youngsters Herschel Jantjies and Ernst van Rhyn are not daunted by the prospect of their first senior Currie Cup outings at Loftus ...
Sport
3 years ago