Stransky explains why the star-studded Sharks flopped in URC 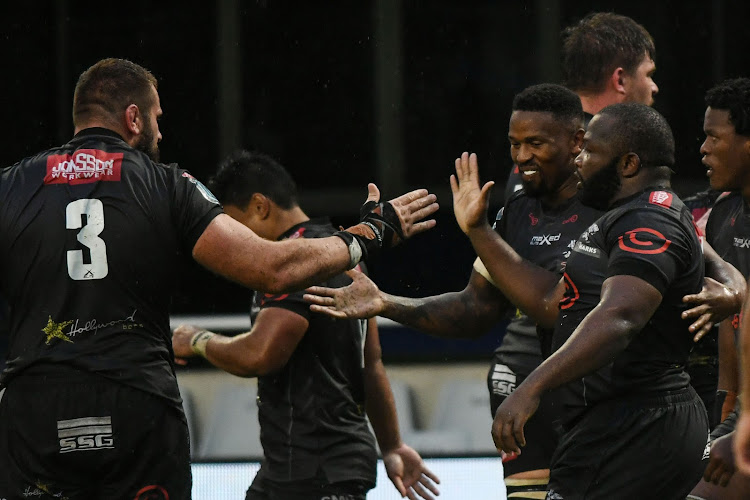 Former Springbok legend Joel Stransky believes the Sharks’ flyhalf conundrum should be top of the agenda during the Durban-based franchise preparation for the tough season ahead.

The Sharks, who have one of the best and most expensive squads, had a disappointing season in the United Rugby Championship (URC) where their journey ended in the quarterfinals after a nail-biting defeat to the Bulls.

Most people expected the men from the Zulu kingdom to do a bit better in the tournament based on their arsenal, but a number of factors have seen the Sean Everitt-coached side blowing hot and cold throughout the season.

One of those was the fluctuating confidence of Curwin Bosch, 24, who has been subjected to heavy criticism by both media and fans that his coach has found to be unfair at times.

Things are about to get tougher for the Sharks as they will now participate in the Heineken Cup.

Stransky acknowledges something has happened to Bosch’s confidence and he is no longer the player he was a few years ago.

The former player says the Sharks need to look for another pivot that might influence their game positively.

“Curwin Bosch is not the confident player that Chris Smith [of the Bulls] and Manie Libbok [Stormers] are at the moment. He is not the player he was two or three years ago,” Stransky said during a URC media round table.

“He is a player who doesn’t manage space well, he is not physical, he doesn’t draw defenders and he doesn’t free up the back outside defenders when there’s a quick ball. That’s the flaw in a way the Sharks play the game.

“I think it is possible that this could be the one area they need to look at and look at in a hurry, to find a 10 who can keep them on the front foot.”

Bosch has been through a rough period at the Sharks in the past few years, where he went from being one of the Boks’ hot future prospects, falling down from the national team flyhalf pecking order.

Being moved to fullback by former Sharks coach Robert du Preez senior, who preferred his son Robert junior at 10, also had a huge negative impact on Bosch as he was frustrated and even considered leaving the franchise.

“I think when we look at the Springbok squad that will go to the World Cup in 2023, there’s a lot of talk about who is going to be the second choice flyhalf,” Stransky said.

“You would think right now it’s one of those two vying for those positions because Elton will be 33 years old next year and we are not seeing too much of him at the moment.

“Both of them have put their hands up and it’s good to see. I think what they do both well, which sets them apart, and I need to just carefully word this because I don’t want to put Curwin Bosch in a bad light, but they managed space well.

“Curwin Bosch is not a good manager of space and as a result the Sharks backline never really fired with all that talent and will that space out wide.”

The Sharks have re-signed experienced pivot Lionel Cronje from Toyota Verblitz of Japan and are hopeful that will solve their problems and reduce the huge pressure on Bosch.

The Stormers and Bulls will benefit from their top-tier ranking when the draw for next season's Champions Cup is made on June 28.
Sport
2 weeks ago

The Stormers will go into next weekend's United Rugby Championship final against the Bulls without top try-scorer Leolin Zas.
Sport
2 weeks ago