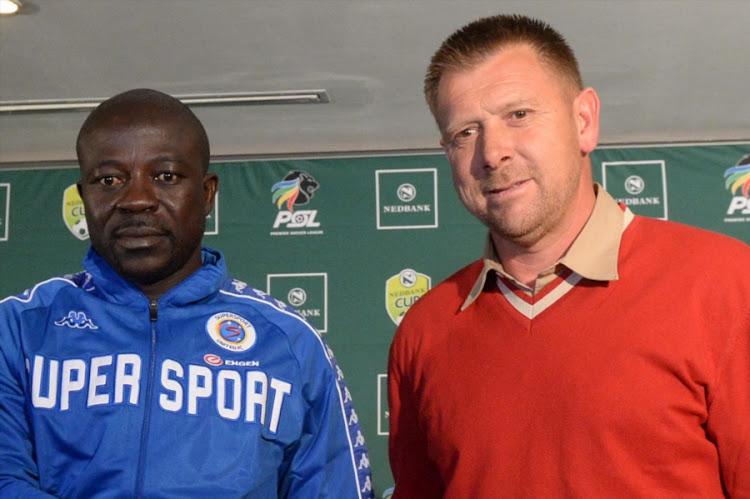 The duo were part the SuperSport technical team of Tinkler’s predecessor‚ Stuart Baxter‚ who has become coach of Bafana Bafana.

The Zimbabwean ex-SuperSport defender had deputised for Baxter in the Caf Confederation Cup last month while the head coach was juggling completing his club commitments with starting for Bafana.

Tinkler continued: “I definitely see a bright future for him in the game and I am looking forward to working with him as we.”

In the only change to his technical team‚ Tinkler has recruited highly-rated former Bafana fitness trainer Zac van Heerden as the team’s conditioning coach.

SuperSport have been active in the Confed Cup where they have qualified for the quarter-finals and will meet Zesco United of Zambia in September‚ and Tinkler has given his players a break until next week Thursday.

“I am giving them off until the 20th and in the meantime I have the opportunity to look at the some of the boys who played in the Multichoice Diski Challenge (reserve league) because we are a development club that believes in the youth‚” the coach said.