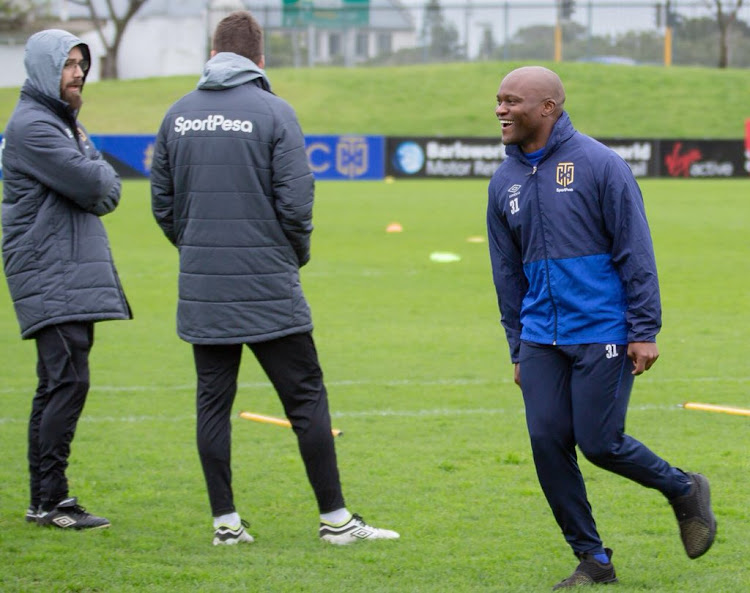 There is almost no chance that Tokelo Rantie will emerge as a surprise package for Cape Town City in Saturday’s MTN8 final as his intensive training preparations hit a snag this week.

The former Bafana Bafana striker has been handed a career lifeline by City coach Benni McCarthy and been working hard in his bid to get fit again and make a return to professional football for the first time in almost a year since he walked out on his club in Turkey.

There were even suggestions that McCarthy might surprise opponents SuperSport United with the inclusion of the nuggety forward in his starting line-up for the final at Moses Mabhida Stadium (kickoff 7pm).

But that idea is now a non-starter after Rantie pulled a hamstring in training this week.

Plans to give him some minutes with City’s Multichoice Diski Challenge team at the weekend are also on ice.

The 28-year-old Rantie has been on a personal‚ after-hours training regime – on top of regular team training – as he hopes to return to the game for the first time since last October when he suddenly left Genclerbirligi in Turkey to return to his home in the Free State.

He walked out on the team and had his contract cancelled‚ costing him hundreds of thousands of Rands.

Rantie‚ who also played at Malmo in Sweden and for Bournemouth in England before his time in Turkey‚ last played in the Premier Soccer League six years ago‚ when he was in the colours of Orlando Pirates.

Surprise Ralani‚ another with a hamstring problem‚ is also likely to miss out when the squad departs for Durban on Friday morning.

The winger pulled his hamstring in the 4-1 loss to Kaizer Chiefs earlier this month and missed City’s last game away at Pirates.

Ralani trained this week but not at full intensity and is not ready for selection‚ team officials told TimesLIVE on Thursday.

Cape Town City are a better team now than the one SuperSport United beat in last year’s MTN8 final‚ Matsantsantsa coach Kaitano Tembo has said ahead ...
Sport
2 years ago