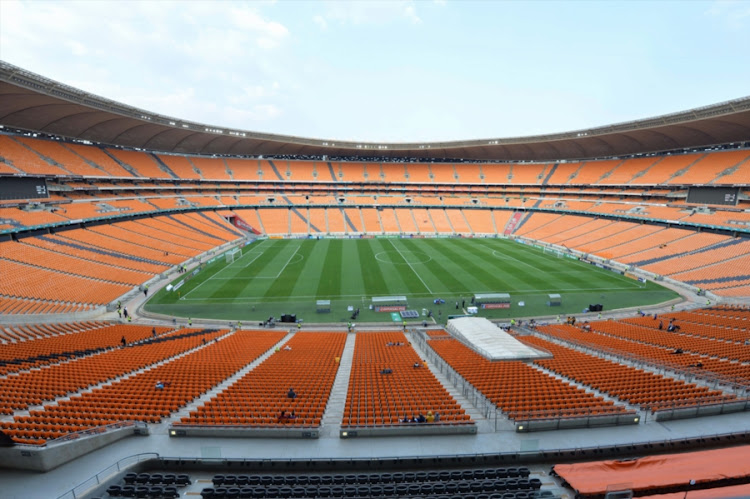 The Telkom Knockout semifinal between the Soweto giants Orlando Pirates and Kaizer Chiefs scheduled for November 24 may be played outside of its usual venue‚ FNB Stadium‚ if the talks to stage it there come to nothing on Wednesday morning.

TimesLIVE has learned that there is a prayer meeting on November 24 and 25 that Stadium Management of South Africa (SMSA)‚ which manages FNB and other venues in Johannesburg‚ signed to host at the 2010 World Cup final venue.

But there might yet be a solution to release the Stadium for what seems sure to be another sold-out Soweto derby.

SMSA managing director Bertie Grobbelaar said the company will know on Wednesday morning if FNB Stadium can be released to host another much-anticipated derby following Pirates’ 2-1 league win over Chiefs in front of a capacity crowd two weekends ago.

“We are currently in discussions‚ so I will be able to tell after the meeting tomorrow morning‚” Grobbelaar said on Tuesday.

“Yes‚ there is a prayer meeting scheduled but we are currently in discussions about the possibility of accommodating the derby.

“If you give me a call tomorrow morning I will be able to tell you what’s cooking.”

PSL communications manager Luxolo Sepetmber said the league’s organising committee is yet to make a decision on where the two Telkom Kockout semifinal fixtures will be played.

Baroka FC were drawn as a home side against the cup’s defending champions‚ Bidvest Wits‚ in the other semi.

“The organising committee has not yet met. We will wait for their correspondence from the member club on their preference‚” said September‚ who is currently on Caf duty for the second leg of the Champions League final between Al Ahly of Egypt and Esperance of Tunisia in Tunis on Friday.

“The organising committee will make a decision after completing the discussions with the clubs involved in the semifinals.”

Moses Mabhida Stadium is one of the venues that could well be considered for the Chiefs-Pirates semi.

The Durban venue has hosted a number of cup matches and finals of this magnitude before.

Four people have been arrested for trying to sell fake tickets over two consecutive days of soccer played at the Moses Mabhida Stadium in Durban.
News
3 years ago