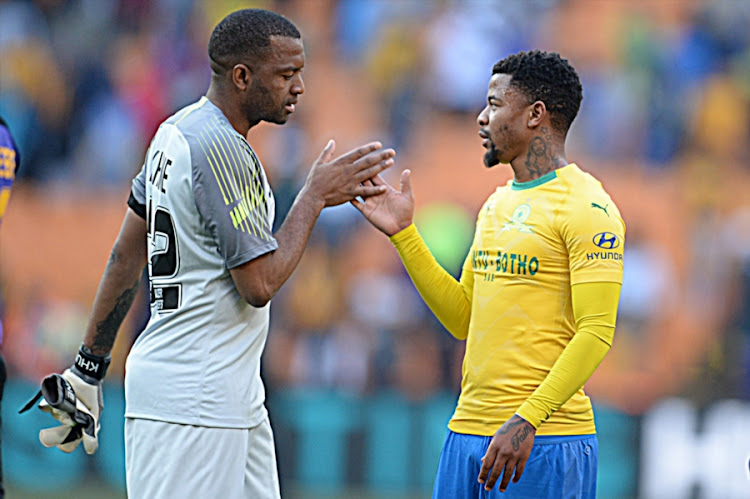 The high-profile move to Mamelodi Sundowns did not go as he had expected‚ George Lebese has admitted‚ as the winger has confirmed he is looking for an exit from the club.

Lebese also said he could not put his finger on exactly what went wrong for him at Chloorkop.

The winger‚ who is from Mamelodi‚ was signed by the club he supported in his childhood from Kaizer Chiefs – where he had been a big player integral in Amakhosi’s league and cup doubles in 2012-13 and 2014-15 – at the end of the 2016-17 season.

This season he has not played despite having complied with a rigorous fitness regime from Downs.

Gavin Hunt is wary of bringing forgotten Mamelodi Sundowns star George Lebese to Bidvest Wits and admits that the attacking midfielder's salary is a ...
Sport
3 years ago

Lebese and his intermediary‚ Steve Kapeluschnik‚ confirmed they have met with Sundowns’ management asking that the 29-year-old either be loaned out in January to a club where he can earn game time‚ or released from a contract that runs until June 2020.

“It didn’t happen the way I expected‚” Lebese admitted to TimesLIVE on Tuesday.

“So‚ like a professional‚ I had a couple of meetings and I’m looking to make a move next year.

“It was disappointing. It was a childhood dream. I’m glad that it happened.

“No hard feelings. Like I said‚ it wasn’t what I thought it would be.

“So – ja‚ I’m not angry. I’m just glad that I could easily tick that box and say‚ ‘I’ve fulfilled my dream’‚ rather than living with regrets.

An alleged official who appeared to be part of Orlando Pirates’ team entourage at Loftus Versfeld when skirmishes broke out with Mamelodi Sundowns’ ...
Sport
3 years ago

“It is what it is. We have to move on and look for greener pastures.”

Lebese said he is resigned to needing a move.

“I think I’m quite made up in my head right now‚" he said.

"It doesn’t look like it’s going to change. So I’d rather look for opportunities.”

He said he does not have a preference of which city he wants to play in.

“I’ve spoken with Steve and I’m open to anything. We just have to be very smart about what comes up. Because‚ like now‚ this was a learning curve.

“It doesn’t have to be Joburg‚ but anywhere else where there’s an opportunity to play.”

The winger was asked if he thought it was the many signings Downs continued to make after his arrival that played a role in him being sidelined.

“Not really. To be quite honest I can’t really understand what happened‚” Lebese said.

“I was able to improve anything they told me to. So I can happily look at myself in the mirror and say that I’ve tried everything.

“It’s just that it didn’t work out. As to pointing out what it was‚ I am clueless – I don’t know.”

Kapeluschnik said he was awaiting the go-ahead from Sundowns to begin negotiating with other clubs for a loan‚ or a transfer.

“They seemed really understanding in the meeting. And I also spoke to the coach [Pitso Mosimane] personally and I picked up the same attitude‚” the intermediary said.

Sundowns’ acting general manager Yogesh Singh said: “I don’t comment on negotiations with players. I can only tell you that we’ve been talking to Steve and we are trying to find a solution.”