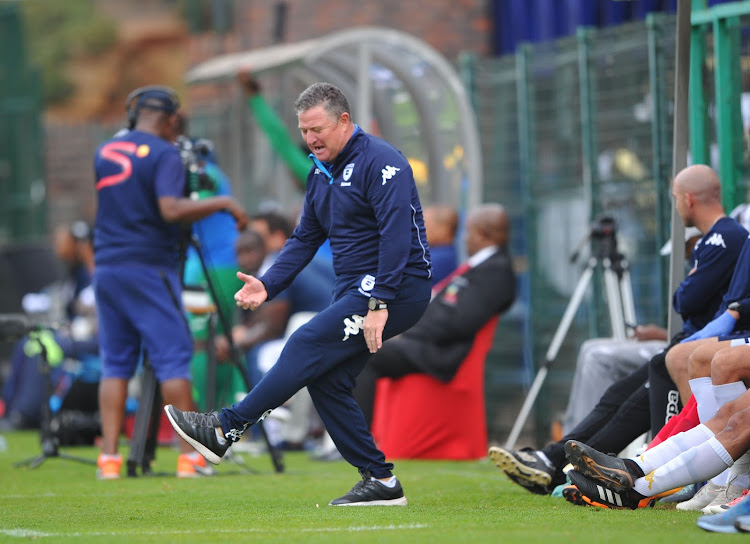 Bidvest Wits coach Gavin Hunt believes his side would be nine points clear at the top of the Absa Premiership log going in to the Christmas break had it not been for their “diabolical” home record.

Wits are top of the pile at the halfway mark and end the year three points ahead of second-placed Orlando Pirates after sweeping aside struggling Chippa United at the weekend in their last match of the year for a ninth win in 15 matches.

The Students cantered to a 2-0 victory at Bidvest Stadium to leave them sitting pretty with 30 points - an average of two points per match – to go with an impressive eight clean sheets.

“We know that we still have to improve.

"We know we should have (easily) had another six points‚ easy.

"If you look at what we’ve done at home here‚ our home record has been diabolical‚” said the ever hard-to-please Hunt.

“That’s why I keep saying that if you keep clean sheets you will win things. If we have kept two clean sheets here at home in the past couple of matches we will be nine points clear now but we didn’t.”

The “diabolical” home form Hunt is referring to is a run of four wins‚ three defeats and a draw. But his charges have been exceptional playing away from home and remain unbeaten in seven matches.

They have won five and drew two while they have not conceded a goal in eight encounters.

“Well that’s something we’ve worked on this season (keeping clean sheets). We were very good in the beginning and we’ve had a wobble in the middle now but overall we’ve been very good‚” added Hunt.

Zambian striker Justin Shonga scored to oddest of goals to send Orlando Pirates to the money-spinning group phase of the CAF Champions League after ...
Sport
3 years ago

“We got three wins out of the four big teams and a draw. If we can do that again we will be very close (to winning the league). But I don’t think it will be that easy.

"They will improve that is for sure.”

Wits also managed credible away points in draws against champions Mamelodi Sundowns and stubborn Maritzburg United‚ but it is at their University-based stadium in Milpark where they have taken their eyes off the ball.

Bidvest Wits took outright lead of the Absa Premiership going into the Christmas break with a 2-0 win over visiting Chippa United at Bidvest Stadium ...
Sport
3 years ago

Wits have undisputedly been the most consistent team so far but Hunt is still of the view that his team played better football in their relegation-dogged campaign last season than the current one in which they are leaders.

“I don’t think we are playing any better than we played last (season).

"Some people think I’m crazy when I say this. The league is very competitive and the teams are very equal. Anybody can beat anybody on any given day.”