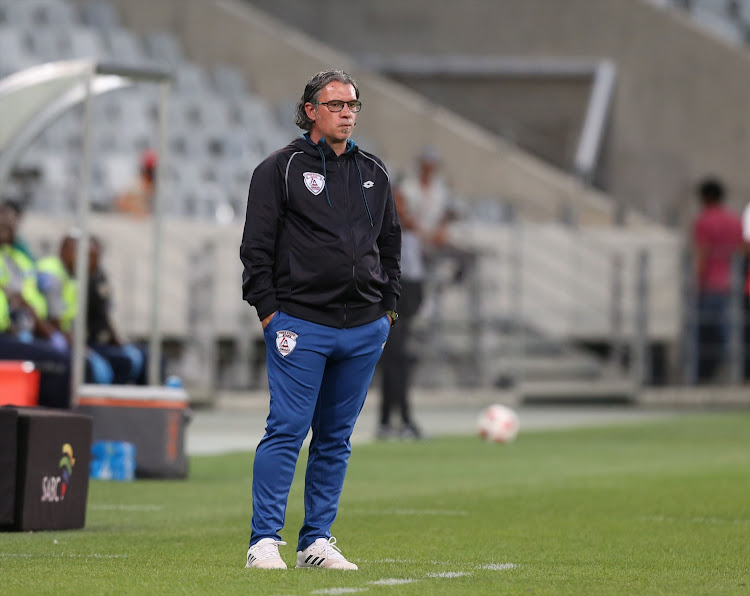 Free State Stars coach Nikola Kavazovic has moved to alleviate the problem of a lack of height in his defence with a raid on former club Township Rollers for centre-back Simisani Mathumo.

TimesLIVE first reported the interest in the Botswana international captain last week‚ though Kavazovic denied any knowledge of the move or even when the transfer window is open in South Africa as he cheekily dodged the question.

But Rollers have now confirmed the arrival of Mathumo after Kavazovic had bemoaned a lack of height in his defence as a major worry following the 5-0 loss to Cape Town City last Wednesday.

"Simisani Mathumo today bid farewell to his teammates and the technical team before leaving for South Africa to join Free State Stars.

"Township Rollers thanks Simi for his many years of service and we wish him well in the Absa Premiership‚" Rollers said in a statement.

Mathumo‚ 27‚ has spent the last 12 years in the Rollers first team and has been a key feature for them in recent Caf Champions League campaigns.

That includes last year when he impressed hugely as Rollers held eventual champions Esperance to a 0-0 draw in Gaborone in their final pool match.

No team has conceded as many as the 29 goals Stars have let in this season‚ with the side particularly vulnerable from set-pieces‚ a major concern for Serbian coach Kavazovic.

Stars’ next match is the start of their defence of their Nedbank Cup title as they host National First Division side Richards Bay at Goble Park on Saturday afternoon‚ before successive home league matches against Polokwane City (February 2) and Chippa United (February 9).