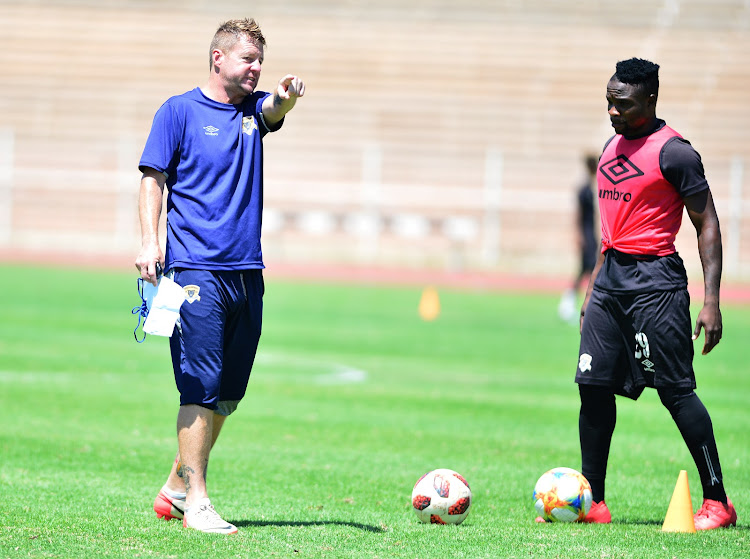 Defeat in the Limpopo derby at the weekend might well turn out to be a positive for Black Leopards‚ who are next up against Orlando Pirates in the Absa Premiership on Wednesday‚ said coach Dylan Kerr after they lost to Polokwane City.

Leopards were dragged back into the relegation quagmire after squandering an early lead and going down 3-1 at Old Peter Mokaba Stadium on Sunday – which means Lidoda Duvha have won only one of their previous nine matches.

“Maybe it’s a good thing because we don’t want to be overconfident. There was a lot of confidence‚ very good belief and a good atmosphere going into Sunday’s game‚” Kerr said.

“We thought‚ ‘We are the better team‚ we are playing the better football’‚ and maybe thought it would be easy.”

Political parties are headed for a possible collision course with the Premier Soccer League (PSL) over the use of football stadiums to campaign for ...
Sport
2 years ago

The coach hopes a little perspective might go a long way in a difficult assignment in Soweto.

But Leopards also intend going toe-to-toe with the title-chasing Buccaneers.

“We have to try and keep the ball as much as we can because with our players we’ve got to‚” he said in a reference to their physical attributes‚ or lack thereof.

“That’s the why we can play against so-called better teams.

“They are only better teams if you give them the chance to be better‚ which is what we did against Polokwane City.

Polokwane City coach Jozef Vukusic has insisted that the talk of his surprise package causing one of the biggest upsets of the professional era by ...
Sport
2 years ago

“In possession and in good areas we sometimes made the wrong choices. And that has been a problem for us‚ especially when we dominate games.

“It’s nice when we get the overlaps‚ the little one-twos but you need to make them count.”

Kerr said he might have to make changes to the line-up after several players disappointed with flat performances.