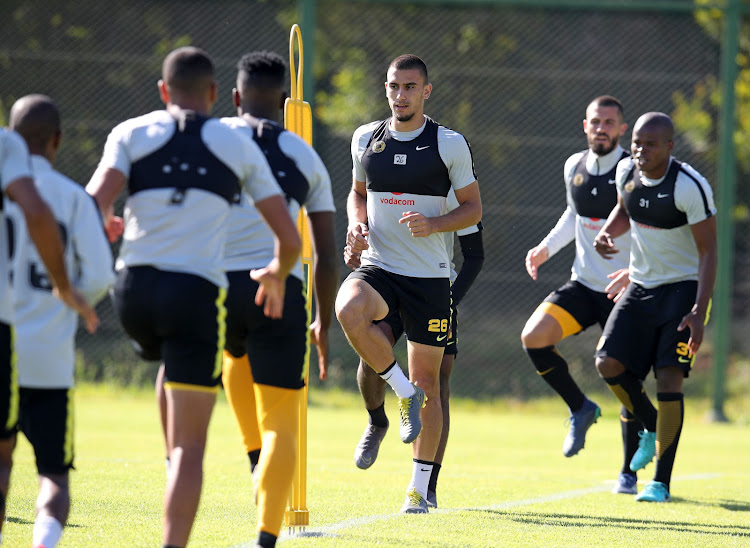 Kaizer Chiefs players during a training session at their training base in Naturena, south of Johannesburg, on Wednesday May 15 2019.
Image: Muzi Ntombela/BackpagePix

Middendorp said it was a full-strength dressing-room.

That statement‚ however‚ would appear not to take into account players making returns from long-term injuries such as young attacker Happy Mashiane and No 1 goalkeeper Itumeleng Khune‚ who have no match practise and seem highly unlikely to make the match 18.

Middendorp said that at Chiefs‚ in the week building up to a cup final or a Soweto derby‚ it can be hard to find a player on the injury list.

National First Division side TS Galaxy will have the opportunity to create history when they meet Kaizer Chiefs in the final of the Nedbank Cup in ...
Sport
3 years ago

“I think in every camp‚ in particular here‚ the experience is that when you play a derby against Orlando Pirates‚ or you play a cup final‚ there are no absences in terms of injuries‚ in terms of anything else‚” the coach said.

“Everybody is available. No issues. No nothing – flu‚ nothing‚ everybody.

“The entire squad‚ as I said‚ before the week you go to a cup final or play a derby‚ or the bigger games‚ everybody is available.”

Middendorp’s statement did not appear to include another young attacker‚ Nkosingiphile Ngcobo‚ whose long-term Achilles tendon injury is supposed to rule the player out until July or August.