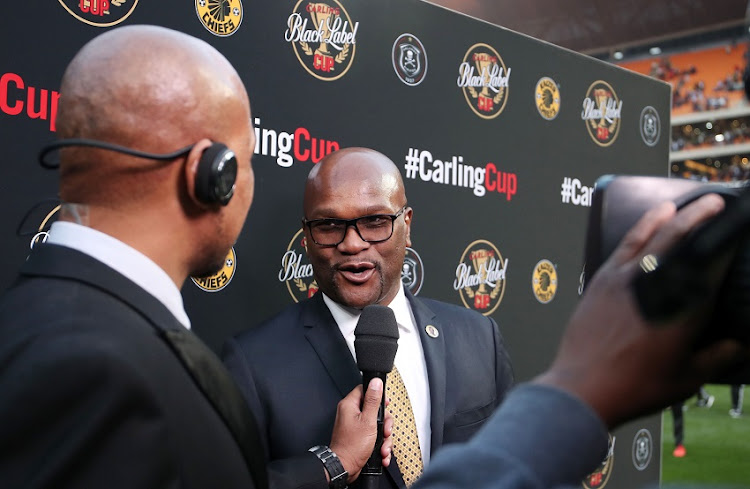 Nathi Mthethwa, Minister of Sports during the 2019 Carling Black Label Cup match between Kaizer Chiefs and orlando Pirates at the FNB Stadium, Johannesburg on the 27 July 2019.
Image: ©Muzi Ntombela/BackpagePix

Sports Minister Nathi Mthethwa will convene an urgent meeting with the SABC‚ SuperSport‚ the Premier Soccer Leaue and the Department of Communications to discuss the blackout of league matches on the public broadcaster.

The meeting‚ which is expected to take place in the coming days and has been flagged as high priority‚ is an attempt by Mthethwa to find a solution to deadlocked broadcast negotiations between the SABC and SuperSport.

The opening round of PSL matches were blacked out on SABC television and radio and there is no sign of the situation improving as SuperSport have valued the rights at R280 million for 144 matches per year.

“The minister will be convening a meeting soon‚ commencing first with consulting individuals and then meeting with everybody concerned at a later stage‚” said senior official at the department of sport Mickey Modisane.

“Yes‚ the minister is indeed disappointed that millions of South Africans who don’t have access to pay TV were not able to watch the opening round of PSL matches.

"It has been brought to the minister's attention and he has made an undertaking that he will be consulting with all relevant stakeholders in finding a lasting solution to this current situation.

“Once all parties have met with the minister‚ it is only then that we will be able to make an informed determination on whether this situation could have been avoided.

"Noting that this matter affects the number one sport in the country that is loved by millions‚ the minister hopes that all parties will make themselves available for this matter that is of high priority and needs urgent attention.”

The PSL programme will resume on Tuesday night when Bidvest Wits host Baroka FC in Johannesburg and Modisane said it is unlikely that an agreement will be found by then.

“The minister will be meeting all relevant parties upon their availability to engage them‚ finding a solution on Tuesday might be impossible‚” he concluded.