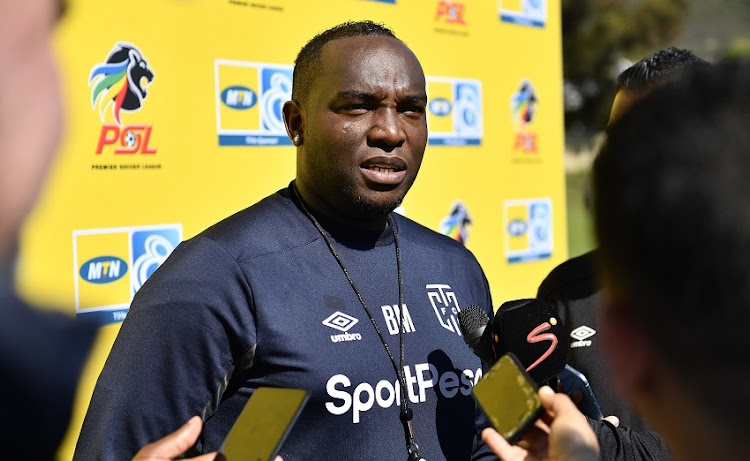 There was little that Benni McCarthy could do but shrug his shoulders as holders Cape Town City were ignominiously bundled out of the MTN8 on Saturday afternoon.

“You can’t win ‘em all‚” was his opening line as he examined his team’s performance in their 2-0 loss to Polokwane city at Newlands.

“It was an unfortunate day at the office.

"Nothing went right‚ we made a poor start and after that we were second best to everything and I think‚ first of all‚ when you are defending your title you got to be prepared for a tough day at the office and fight for everything and I think some of the players on the pitch thought it was going to be a walk in the park‚ a nice easy day‚ but we got as nice little reality check.

“When you don’t pitch up‚ you are not going to get away with it‚ nothing will be given to you‚” said a disappointed McCarthy.

Polokwane City might have taken over 20 minutes to launch their first attack but they then wasted no time in going ahead through Mohamed Anas and they should have won in the end by a more substantive margin.

Sibusiso Mbonani had a penalty saved and Phuleng Thlolane missed a sitter at the end on either end of substitute Charlton Mashumba’s 84th minute goal.

“We made it easy for Polokwane because we allowed them to dictate‚" he said.

"We weren’t our usual selves. I don’t think we can took for excuses about the conditions‚ just because we are not accustomed to playing at Newlands.”

McCarthy admitted he might have also got his team selection wrong.

He rested captain Thamsanqa Mkhize‚ Surprise Ralani‚ Mpho Makola and Kermit Erasmus‚ did not use Thabo Nodada‚ although he did get a knock in training on Thursday‚ and made four changes from the side that won seven days earlier over Stellenbosch FC.

“I thought I fielded a strong team but we took the opponent too lightly. We knew they were going to come and sit and hit us on the counter attack and they were just more aggressive than us.

“They wanted it far more than we wanted it‚ they showed they were first to every second ball‚ willing runners.

“They were the better team at the end of the day and you have to accept it‚ when you go out to a team you couldn’t have beaten because they were superior‚” he added.