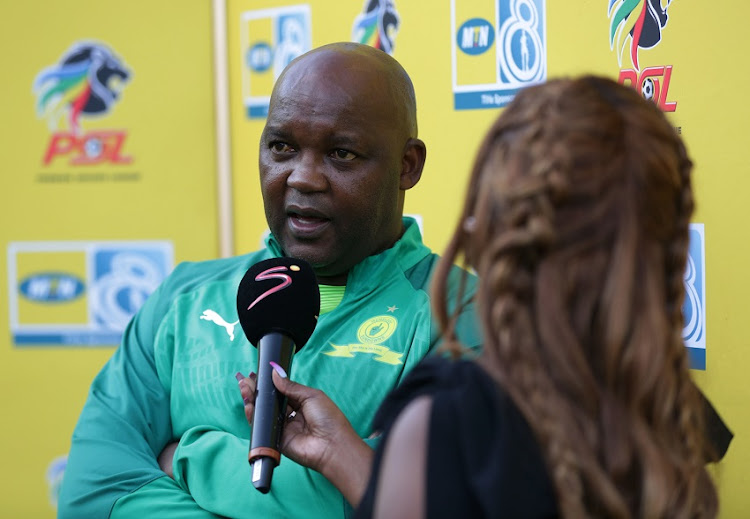 Mamelodi Sundowns coach Pitso Mosimane has given the clearest indication yet that he may sign forgotten and former Bafana Bafana striker Tokelo Rantie.

Rantie‚ who helped Bournemouth to gain promotion to the English Premiership during the 2015/2016 season‚ has been training with Sundowns since their pre-season camp in Nelspruit in July.

It appears that Rantie‚ who was released by Cape Town City from his contract without kicking a ball in December‚ he has done enough to convince Mosimane to give him a chance to resurrect his career.

“We just signed Mauricio Affonso and Sammy Seabi and we will probably look at Tokelo Rantie‚” said Mosimane.

“We may give him a chance but you’ll never know. We will talk to him and find out how he is he feeling and he see what happens. This guy was playing in the English Premier League and in Turkey not so long ago‚ so there might be something there. Let’s give it a try‚ let’s give the guy a chance to play football‚ let’s give a South African player a chance to play.”

While he has options with regards to Rantie‚ Mosimane appeared resigned to the fact that midfielder Khama Billiat will stay at Kaizer Chiefs.

“I don’t think there will be anything from Sundowns to be honest with you. You know the players we want and they are not available. We don’t want to duplicate by saying we can look elsewhere because we have the resources to sign.”

Mosimane also said warned a number of want away players at Chloorkop‚ including George Lebese‚ to fight for their places if they don’t have clubs that can afford to buy them.

“Some guys are unhappy because they want to play but unfortunately we have invested in these players. If you don’t play and want to leave‚ you are right to look after your career but the question is who wants you.

“If you have someone who wants you‚ how does he want you. A freebie‚ no because we paid for you and we have never failed to pay for any player at Sundowns. If you want to stay you must fight for your position and if you want to leave you want to pay for you. Some people want players for free‚ some we bought players from them and they come back for the same player but for free. I am not a businessman but I don’t understand this thing because it doesn’t make sense.

“It only happens in SA‚ if a player at Manchester United is not playing for whatever reason‚ there is always a team in the league willing to pick him up. Here in SA we wait until the last day of the transfer window to say maybe we can get something from Sundowns. Gone are the days of the freebies‚ they must stay here and fight for their positions.”