Middendorp blames himself as Khune faces two more months out 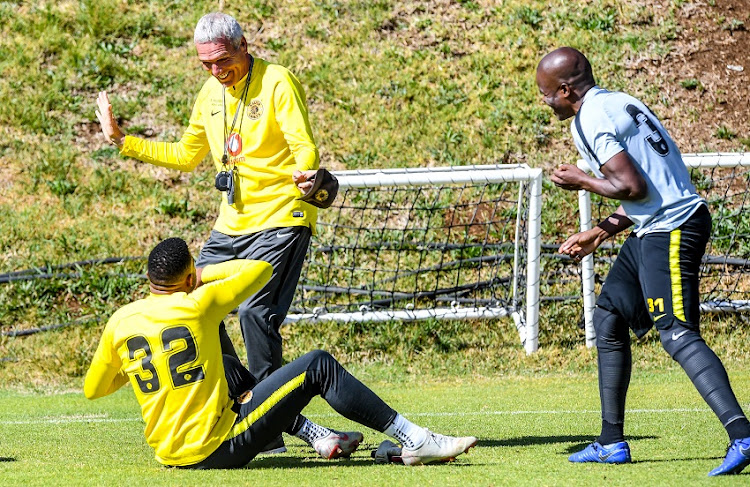 Itumeleng Khune will be out for at least two months after another serious injury setback that adds to his recent run of bad luck.

Kaizer Chiefs’ corporate communications manager Vina Maphosa confirmed on Tuesday that the goalkeeper has been diagnosed with a groin injury and faces an eight week lay-off after being hurt making a save in the Premier Soccer League clash against Baroka FC on September 28.

It was only Khune’s second game back after nine months on the sidelines‚ stretching back to the end of last year when he was ruled out by a shoulder injury that required surgery and intensive rehabilitation.

The setback raises questions on the durability of the 32-year-old‚ who still looks to be carrying excess weight.

Against Baroka‚ Khune hurt himself as he saved in a one-on-one situation with Richard Mbulu‚ hurting the underside of his glut muscle. He stayed on around 10 minutes after the incident but was clearly uncomfortable and was then replaced by Daniel Akpeyi.

It was an injury that could have been avoided‚ admitted Chiefs coach Ernst Middendorp afterwards as he took the blame for fielding Khune in a second successive game‚ just days after his comeback match against AmaZulu.

“I really could hit myself. I was aware about it‚ he was not ready‚” Middendorp said.

“But if I did what I had in my head‚ I think the fans would have chased me out of the stadium before we started the game‚” Middendorp told reporters after the game.

“The fact is‚ Khune hadn’t played for months.

“We used him against AmaZulu and it was a very intensive game for him.

“Three-and-a-half days later he is playing – he should not have been on the field. It was simply too much.”

Khune has had other injury setbacks in recent seasons like concussion and knee issues.