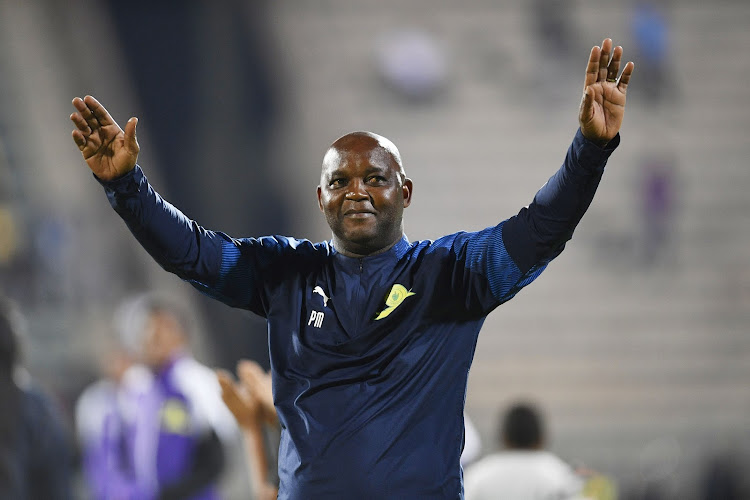 Oh no, not again! That might be the reaction of Mamelodi Sundowns to being drawn with Morocco’s Wydad Casablanca in Group C of the 2019-20 Caf Champions League.

It is the fourth successive competition in which the Premier Soccer League [PSL] champions will meet the Moroccans in the continent’s top club competition and the two clubs could be forgiven for being sick of the sight of each other.

They have had some heated encounters, not least on Wydad’s last trip to Atteridgeville, Pretoria, where Sundowns coach Pitso Mosimane almost got into a fist fight with one of the Moroccan club’s officials at the end of the encounter.

Mosimane, though, seemed to be excited at the prospect of matching wits against the Moroccan giants again.

He tweeted on Wednesday night: “Here we go again! How many times? We played & competed so many times and we ended up being friends and family!”

Here we go again ! How many times? We played & competed so many times and we ended up being friends and family! @WACofficiel @Masandawana @CAF_Online #CAFCLDraw pic.twitter.com/JfDYHcUjAJ

But with 11 former champions in the field of 16 for the four groups, there was little chance of there being an easy group.

Holders Esperance compete in Group D with north African rivals JS Kabylie (Algeria) and Raja Casablanca, as well as AS Vita Club of the Democratic Republic of Congo.

Egyptian giants Al Ahly are top seeds in Group B, where they face Etoile Sahel of Tunisia, Al Hilal of Sudan and Zimbabwe’s FC Platinum, whose coach, Norman Mapeza, has just left to join Chippa United.

Group A sees two southern African sides, Primeiro Agosto of Angola and Zambia’s Zesco United, against TP Mazembe of DR Congo and most likely Zamalek of Egypt, who must still complete their second-round tie against Generation Foot of Senegal.

The group phase kicks off in November and runs until March. The top two finishers in each group advance to the quarterfinals, which start in April.

Meanwhile, the draw for the third round of the Caf Confederation Cup delivered a tough blow to TS Galaxy, the Nedbank Cup winners from the GladAfrica Championship, who have come through two rounds with much aplomb.

They must now play Enyimba of Nigeria for a place in the group phase. But Bidvest Wits have a much easier task against Uniao Songo, the Mozambican champions.

The first-leg matches will be played on October 30 and the return legs on November 5. The two SA clubs are away in the first leg and at home in the return.

Mamelodi Sundowns coach Pitso Mosimane is planning to keep a close eye on the MTN8 final between Highlands Park and SuperSport United at Orlando ...
Sport
2 years ago