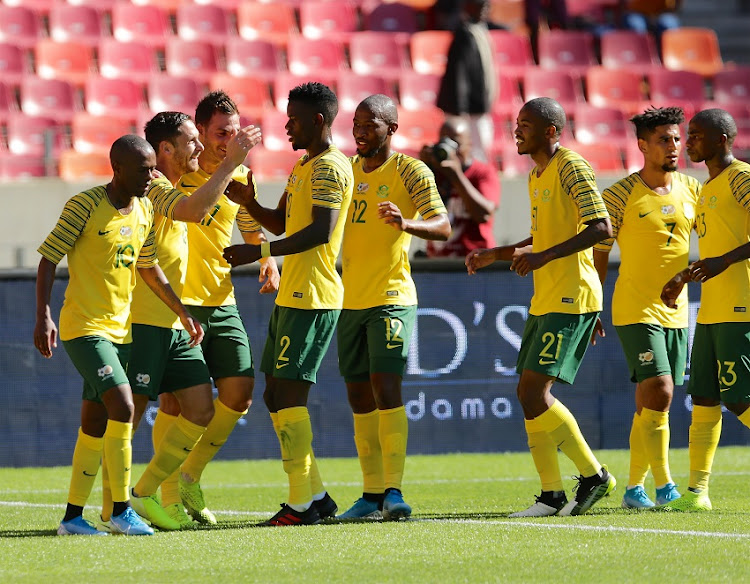 One of Africa’s smallest countries qualified against the odds at the weekend to meet Bafana Bafana in the 2021 Africa Cup of Nations qualifiers.

Sao Tome e Principe‚ the ex-Portuguese colony off the west coast of the continent‚ beat Mauritius 2-1 on Sunday to complete home and away victories‚ and a 5-2 aggregate success‚ in the preliminary round of the Cup of Nations qualifiers.

Their reward is a place in Group C with Bafana Bafana‚ Ghana and the Sudan – which kicks off next month.

South Africa will not take on the small island nation‚ whose footballing success has been stark‚ until August next year when they play home and away fixtures against each other inside a nine-day window.

It will be the first time Bafana take on Sao Tome‚ who were paired with South Africa in the 1994 World Cup qualifiers but pulled out because of financial constraints.

Sao Tome‚ with a population of just over 200 000 people‚ lost last month over two legs against Guinea Bissau in the World Cup preliminaries and are already out of contention for Qatar 2022.

But they get a rare chance to compete in the group phase of qualifying in what will be a chance to begin to build up a competitive team.

Most of their players are home based but they have several Portuguese-born players in their squad.

Sao Tome have had rare success with home wins in the last two decades over Sierra Leone‚ Lesotho‚ Ethiopia and Libya.

Their last victory before this month was three years ago.

The 3-1 first leg triumph over Mauritius last Wednesday was their first-ever away victory.

Bafana will have to play on artificial turf when they head to small island nation.

The Estádio Nacional 12 de Julho is their only recognised venue.

Bafana begin their qualifying campaign next month with an away game in Ghana on November 15 and then home against the Sudan four days later.