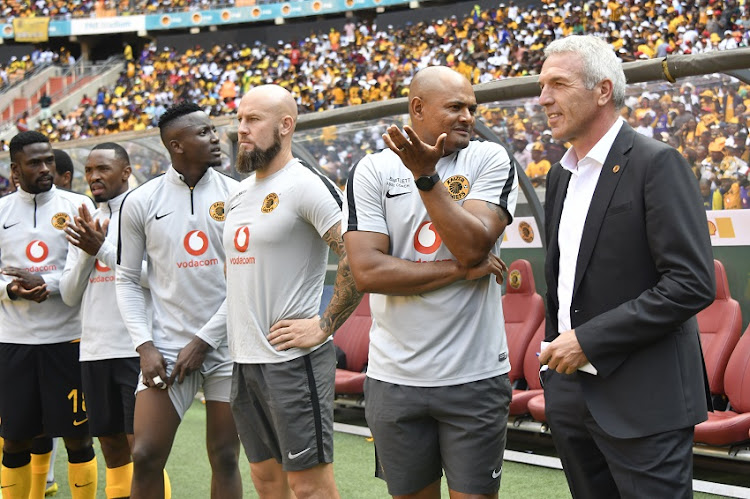 It was a friendly‚ though Kaizer Chiefs coach Ernst Middendorp confusingly kept disputing that and correcting the term for the Shell Helix Ultra Cup where his side beat Mamelodi Sundowns 4-2 on Saturday to a “test” match.

And too much should never be read into results of friendlies‚ test matches‚ call them what you want.

But‚ as the 2019-20 season approaches the one-third stage it does appear that Middendorp has some points to be pleased about.

Most were predicting doom and gloom for Chiefs following last season’s ninth-placed finish after Middendorp arrived in December last year‚ and with unknown quantity signings made for 2019-20.

But Chiefs’ senior team are top of the Absa Premiership after eight games.

And a fringe team put four goals past Pitso Mosimane’s league champion Sundowns – who‚ it has to be said‚ were even more fringe.

A common suggestion has been that Chiefs might have had a good start‚ but at some stage lack of depth in their squad will catch up to them and it will all fall apart.

Saturday’s display appeared to reinforce indications already shown this season that Amakhosi’s depth might not be so bad as everyone is giving them credit for.

It has to be added though that Chiefs were beaten 2-0 by Blomfontein Celtic when they also fielded their fringe players on Sunday.

“We are aware about it that we have a certain number of players‚ and a quality of players in line who have not really had the chance to play in the past eight games.

“But that’s normal. It doesn’t mean that all of a sudden a player like Samir Nurkovic is a bad player‚ or Reeve Frosler‚ or George Maluleka‚ or Eric Mathoho are bad players‚ or Itu Khune.

“We know that yellow cards are coming‚ and we have seen injuries flying in. And then you have to be prepared‚ and you need these players.

“Good. We have seen some of the players come in. But I know what the value of the other players – Samir‚ Reeve‚ George‚ Itu and so on – is.

“I’m very happy about this showing up [by the fringe players]‚ being competitive‚ and let’s see.

"We have another game next Saturday [Chiefs’ Telkom Knockout opening-round fixture away against Cape Town City]‚ and then let’s see.

“I personally enjoy it very much if I have this number of players with a certain quality‚ and not only a first XI or 13. I think we have developed it so far.”