Bafana doctor works on Zungu and other walking wounded 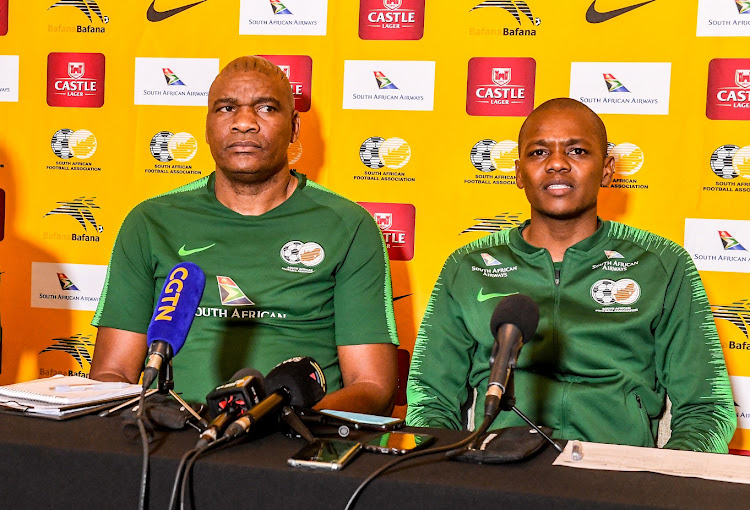 Zungu, who plays for Amiens SC in Ligue 1, sustained a knee injury during the 2-0 loss to Ghana in Cape Coast on Thursday night and team doctor Thulani Ngwenya said the Bafana medical staff will make a call on his availability after scans on Saturday afternoon.

“He sustained a knee injury in around the 25th minute of the game against Ghana — we are not making an excuse, but the pitch in Ghana was heavy and uneven,” said Ngwenya during his fitness update at the team’s hotel in Johannesburg on Saturday morning.

“He slipped and hurt his knee, we rushed in to check him and we found that he was in excruciating pain. We asked him to continue but after further assessments he couldn’t continue with the game.

“We continued to treat him after the game until now and he has made marked improvement. He is going for a scan today [Saturday] and that is only when we will be able to make a decision whether he is fit and available for selection for the match against Sudan or not.”

In other team news, Ngwenya confirmed that English-based midfielder Kamohelo Mokotjo will be available for selection after he was rested against Ghana due to fatigue.

“After an assessment that was done by the medical team and the fitness trainer, we realised that ‘Kamo’ had played six matches in three weeks and all those matches he played 90 minutes.

“He arrived in camp in Ghana the day before the match and when we assessed his condition we realised that he was fatigued and he couldn’t give us 90 minutes.

“We took a medical decision to rest him for the game against Ghana to make sure that he is fresh for the match against Sudan. He is fully fit and available for selection,” said Ngwenya about Mokotjo.

The other player who will have to go through a late fitness test is Cape Town City captain and defender Thamsanqa Mkhize who is struggling with an ankle injury.

“He sustained an ankle injury towards the end of the game against Ghana, also because of the uneven pitch. We had to strap him and force him to continue with the game to the end because we had already made all the three substitutes,” the doctor said.

“That is another setback but we are treating him and we will make a determination today [Saturday] whether he is available or not.”

Mamelodi Sundowns defender Thapelo Morena is expected to be fully fit and available for selection as he is recovering from a minor calf strain.

No troubles for Bafana catching their plane despite SAA strike

Bafana Bafana are on their way back from Ghana as their South African Airways (SAA) flight from Accra left as scheduled on Friday.
Sport
2 years ago

Ntseki concedes Bafana need to bounce back against Sudan

Bafana Bafana need to bounce back against Sudan on Sunday‚ coach Molefi Ntseki conceded after his team got off to a 2-0 defeat at the start of their ...
Sport
2 years ago

Ntseki says Bafana ‘could have had a draw’ against Ghana

Bafana Bafana “could have had a draw” against Ghana‚ coach Molefi Ntseki said after his team’s 2-0 Africa Cup of Nations defeat in Cape Coast on ...
Sport
2 years ago