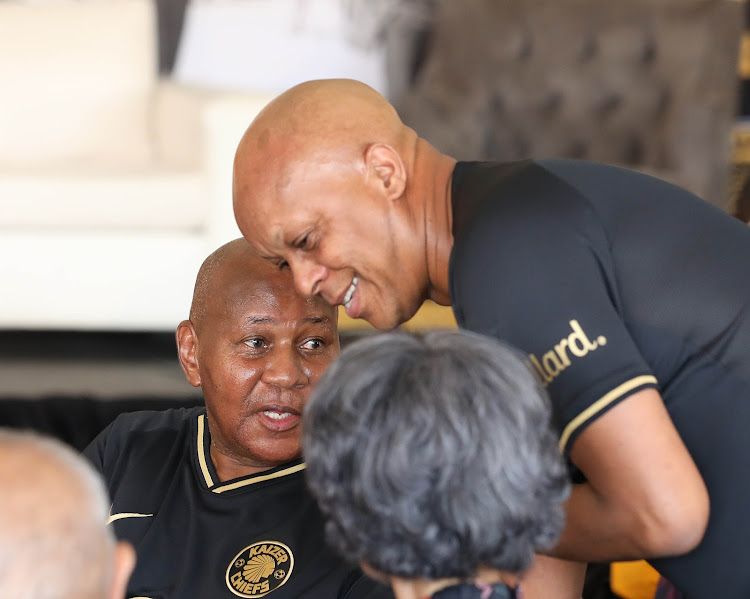 Kaizer Chiefs chairman Kaizer Motaung has said it was the establishment of the club on business principles that set them apart in SA football‚ and laid the foundation for Motaung dynasty that continued through to Amakhosi turning 50 this month.

Other clubs in Africa and South Africa might be older than Chiefs‚ but few can have survived under the ownership of the original founder for half a century.

Motaung said when he took the decision to form Chiefs in January 1970‚ there was much scepticism that such an initiative could be sustained.

He said he insisted on the club being founded on business principles – a pathfinding measure at the time‚ as Amakhosi put in place structures and paid players on time – like he had seen playing for the Atlanta Chiefs in the USA’s North American Soccer League (NASL).

“First and foremost when we started the club I made it a point with those founding fathers to say‚ ‘If we are going to embark on starting a club‚ it has to be based on business principles‚ which means there have to be clear‚ proper guidelines in terms of how we administer the club’‚” he said.

“So it is out of that idea that we thought that we need to put something solid. Because the fear when we started was a lot of people said‚ ‘This thing will not last’.

“So I said‚ ‘I’m prepared to put my neck on it as long as we can be able to put good structures behind this whole set-up’.

“So it was based on the fact that we wanted to actually start something very professional. Because‚ as you know‚ those days the professionalism of football was not at this level.

“I said I wanted to make sure that we run it very professionally‚ like the experience that I got when I went to play in America.

“So we had to make sure that we put a very strong foundation‚ and ensure there was proper management of the business and also of the players and the game itself‚ to be run on a very professional setup.”

But they remain trendsetters‚ their world-class Village in Naturena streets ahead of anything owned by their competitors‚ and their brand remaining the most successful and recognisable in terms of marketing in sport in South Africa.