“We should have identified him a lot sooner. This guy is a monster” 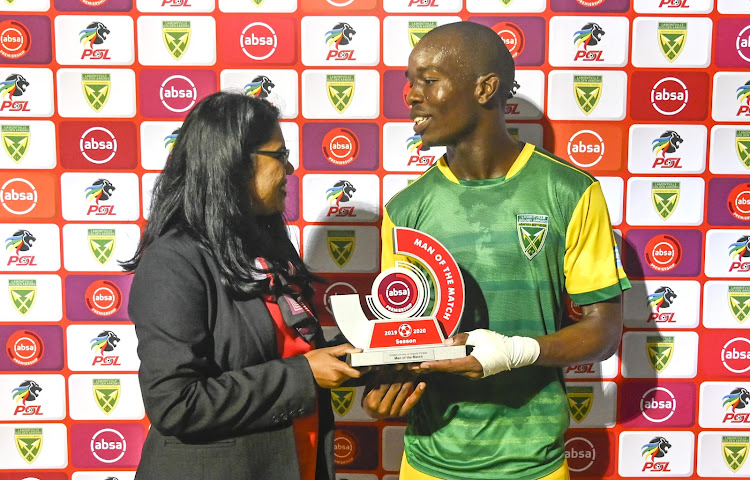 Arrows coach Komphela‚ who was the country’s first national team captain‚ says the 24-year-old centre-back is destined for the top.

“He’s got all the attributes of a top‚ modern defender.

"If you are looking for (a new Fabio) Cannavaro‚ he’s the one.

“We should have identified him a lot sooner. This guy is a monster.”

Komphela says what Sibisi lacks in height‚ he makes up for in other aspects of his game.

“He can play with calmness amid chaos‚” added the coach.

“I don’t have to worry‚ either‚ about him keeping his feet on the ground‚ because he’s very intelligent and very humble.

“I hope he can stay injury free because South Africa has an asset in this kid. He is something special.

“I’m not trying to build him up because you put pressure on him. I’m not going to start highlight my players but I must commend where they are doing well.”

The Durban-born centre back is in his fourth season at Arrows‚ but only broke through into the first team in the last campaign and on Saturday marked his 50th league appearance for the club when they held Orlando Pirates to a goalless draw.

The great football name of Moroka Swallows will not return to the Premier Soccer League next season if the Birds succeed in an increasingly credible ...
Sport
1 year ago

The owner of Greece's most successful soccer club Olympiakos and English Championship side Nottingham Forest said on Tuesday he had contracted the ...
Sport
1 year ago

German football legend Lothar Matthaus has questioned why the SA Football Association (Safa) has made no plans for a 10-year commemoration match for ...
Sport
1 year ago