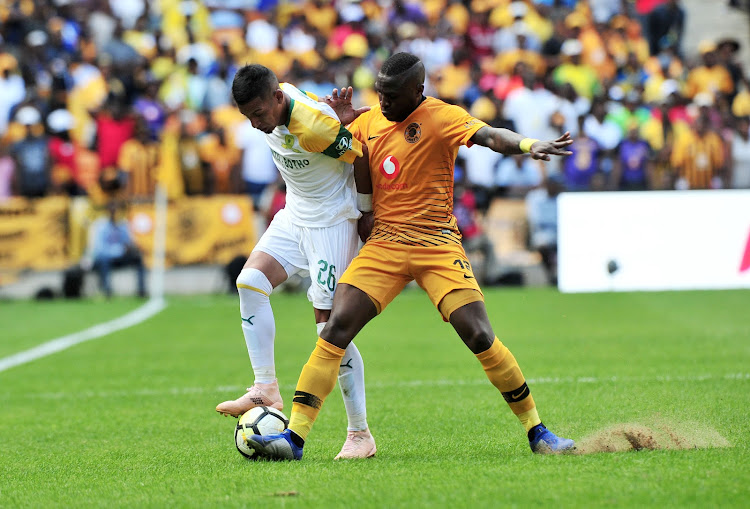 Maluleka joined the Brazilians on a three-year deal in July but he was not available to feature in the resumption of the season in the bio-bubble where Sundowns pipped his former club to the finishing line in the title race.

“He came to us because I told him if you want to win trophies‚ come here‚” said Mosimane‚ who never misses out on an opportunity to take a dig at Chiefs.

“I asked him‚ ‘Are you guaranteed that side?’.

"And it’s a fact. I said‚ ‘Reference of trophies is here. Coach Rulani [Mokwena] has won trophies. Come here because trophies are here‚ come here you will lift trophies’.

“People say we took Maluleka‚ how can we take a player that doesn’t want to come to us.

“Did he want to come to us? Of course he wanted to come to us and that’s why he is here. It is not us taking the guy‚ but the guy wanted to play for us also.”

After he signed a pre-contract with Sundowns‚ Maluleka was released early from his contract at Naturena but Mosimane says Chiefs should have kept him until the end of the season.

“If I was the coach at Chiefs‚ I would keep him‚ neh. Why not? But sometimes it’s beyond you as a coach – it’s the club owners because you are employed and this is our club.

“I did it at SuperSport United – Calvin Marlin signed a pre-contract with Sundowns but he played all the games.

"Bongani Zungu had already signed a pre-contract [signing from Sudowns for Vitória de Guimarães in Portugal] but he stayed with us and played.

“Do you think a credible player like George Maluleka will score an own goal for us? No guys‚ these guys are professionals.

“It’s like you – you know that you are leaving for another job‚ are you going to stop going to work?

“It doesn’t work like that. Your integrity has been there for the last eight years‚ do you really want to spoil your integrity? You want to finish well and you must remember if he behaves in an unprofessional manner we are going to ask ourselves who we signed here.”

Mosimane went on to say that Chiefs missed Maluleka in the bio-bubble because he was key to their attacking system and in dead ball situations before football was suspended by Covid-19.

“Together with Manyama‚ they were important for set-pieces and the diamond shape that they have.

"They were going in with Willard Katsande sweeping behind them – he was very important for them and he passes the ball very well. In my opinion‚ I think they missed him.”

Royal Bafokeng Sports (RBS) are looking for a sports tenant from the Premier Soccer League (PSL) or the GladAfrica Championship to use their ...
Sport
1 year ago

Who is Adel Amrouche‚ the man linked to the high-profile Kaizer Chiefs coaching job?

When he was last in South Africa in 2018‚ reported Kaizer Chiefs coaching target Adel Amrouche oversaw a solid 0-0 draw for Libya against Bafana ...
Sport
1 year ago