'I hope we get justice soon', says Itumeleng Khune at unveiling of Senzo Meyiwa's tombstone 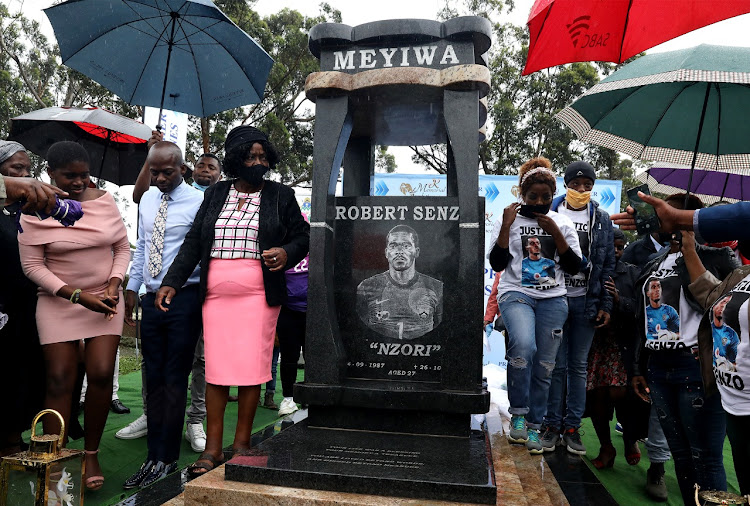 Senzo Meyiwa's mother Ntombifuthi next to his tombstone, which was unveiled at Mayville Heroes Acre in Durban on Tuesday.
Image: Sandile Ndlovu

Itumeleng Khune says what cuts deep about Senzo Meyiwa’s death is that he never got to accomplish everything he wanted to achieve in life.

The Bafana Bafana goalkeeper was speaking at the unveiling of the tombstone for the slain Orlando Pirates goalkeeper at the Mayville Heroes Acre in Durban on Tuesday.

“I was so proud of him. He had been waiting for his opportunity to come. He took over Bafana Bafana, played well and qualified for Afcon. Those were our childhood dreams.

"Some of what we shared as childhood dreams, we managed to tick off all the boxes. To lose him was heartbreaking because I knew we had not accomplished everything we set for ourselves.

"I hope we get justice very soon,” Khune said. 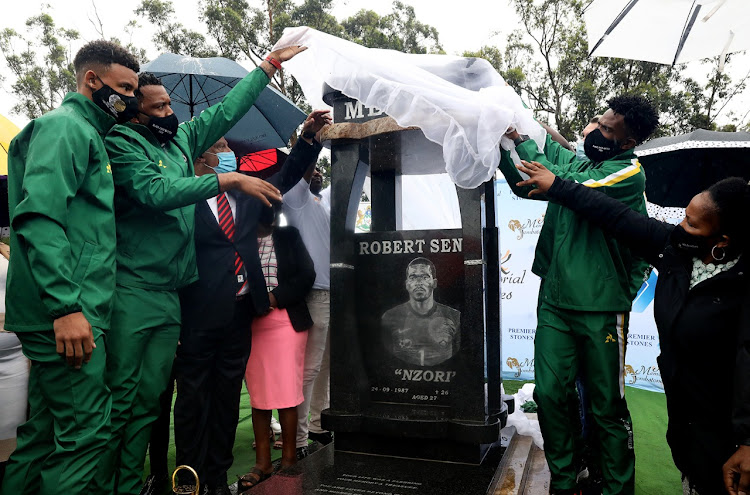 Meyiwa was shot and killed on October 26 2014 at the home of his girlfriend's mother. It has been six years since his murder, and there are still wild allegations floating around.

On October 26, police minister Bheki Cele said the police and the prosecution team had a “watertight” case against the five suspects they arrested in Gauteng and KwaZulu-Natal.

He also recalled his friend and rival on the field as a kind and considerate person.

“When I was promoted to the Chiefs first team, he brought me a KFC Streetwise Two to celebrate. Three weeks later he got promoted and I did the same,” said Khune.

Both goalkeepers made their respective PSL debuts with Kaizer Chiefs and Orlando Pirates in 2007 after coming from development, and grew from competing for the number one spot in the junior national sides to Bafana Bafana.

Speaking on behalf of the family, Senzo's brother Siyabonga Meyiwa thanked attendees for their support.

He said Senzo came from a lineage of excellence and his only option was to achieve greatness.

Mandla Sibiya, whose only child is one of five men charged with the murder of Bafana Bafana captain Senzo Meyiwa, says he is heartbroken - and police ...
News
7 months ago

Police are closing in on the alleged mastermind behind Senzo Meyiwa's murder after stumbling upon a trail of social media messages that appear to ...
News
7 months ago