"We've witnessed history in the making". 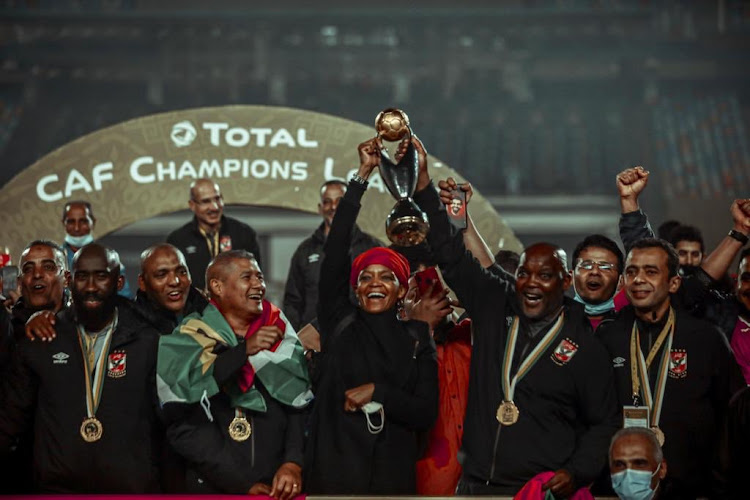 Amr El Soleya put Ahly into the lead in the sixth minute before Zamalek's Shikabala equalised. Mohamed Magdy then produced the winner in the 86th minute.

It was Al Ahly's first title since 2013 and their ninth overall. Mosimane joined the team in September and won the competition with Mamelodi Sundowns in 2016.

He joins a list of only seven coaches who have won the cup more than once.

SA flags were worn and waved during the team's celebration, as Pitso and his technical team, which comprises several South Africans, savoured the victory.

The match was a rollercoaster of emotions for fans, who were glued to their screens. Many took to social media after the game to share praise for Mosimane and his side.

The coach's name topped the SA Twitter trends list as TLs were filled with messages hailing him as the best coach on the continent.

The legendary Pitso Mosimane has done it again. Oh what a legend! Congrats coach @TheRealPitso pic.twitter.com/DYa8HFbfAT

Pitso Mosimane has entered the annals of elite coaches on the African continent to have won two Caf Champions League trophies, steering Al Ahly to ...
Sport
1 year ago

Pitsoball has Al-Ahly fans dancing in the streets of Cairo

Pleased with himself, he grabs the buckle of his belt while he puffs out his chest and proudly soaks in the adulation from the audience.
Sport
1 year ago