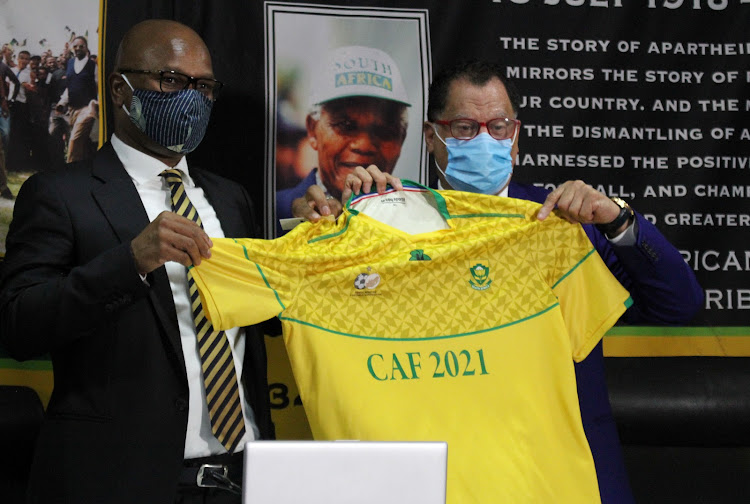 Patrice Motsepe’s path to the Confederation of African Football (Caf) presidency might be easier with incumbent Ahmad Ahmad out of the race‚ but the odds still seem to be stacked against the Mamelodi Sundowns owner to succeed.

Two experts TimesLIVE spoke to on how much Ahmad’s enforced withdrawal might benefit Motsepe‚ had differing views.

Mamadou Gaye‚ an analyst for SuperSport’s Soccer Africa show‚ said Motsepe lacks the administrative credentials of his rivals‚ Fifa backing‚ relationships and experience in campaigning in African football elections to succeed in his campaign.

“For me at the moment really‚ Motsepe is No.4‚” Gaye said.

“When you look at the profile of the other remaining candidates‚ the Mauritanian‚ Ahmed Yahya‚ is known to be the candidate backed by Fifa.

“Originally Fifa supported Motsepe to run. But along the way they realised that if Motsepe became the Caf president they wouldn’t be able to manipulate him as a puppet or a yes-man.

“And over the years any president that came into Fifa has known that the warzone is Africa because it has 54 votes. So all of them want to control Africa. If you go back to the rise of Ahmad‚ it’s no secret that his campaign director was [Fifa president Gianni] Infantino himself. Infantino staged the process to topple [Ahmad’s predecessor] Issa Hayatou.”

Gaye said the failure of former Chelsea star Didier Drogba to win the election for the presidency of the Ivory Coast’s FA should serve as a warning to Motsepe.

“They pushed Didier Drogba into the election‚ thinking that he was a celebrity with money‚ and so could make it. That could be a clear example for Motsepe‚” Gaye said.

“Drogba thought that because he was Didier Drogba‚ all the club presidents who voted would run and come to him. But if you are in this campaign you have to go to the voters.

“[For Caf] you cannot sit comfortably in South Africa and say‚ ‘Let me send them a business class ticket or my jet to go and fetch them’.

“ ... If you look at Jacques Anouma‚ he used to be the president of the Ivory Coast FA‚ he served two terms on the Fifa executive committee. These are elections he won.

“He was the most serious threat to the 28-year reign of Issa Hayatou‚ to the point that Hayatou had to change the electoral law to stop Anouma from running.

“ ... Motsepe‚ first of all‚ doesn’t have experience of contesting for an election‚ and in his first one he is directly contesting the biggest one. [SA Football Association president] Danny Jordaan‚ who submitted his candidacy there‚ himself failed in all the elections in Africa.

“You need to understand the dynamic‚ you need to have the right people. All the candidates so far held a press conference‚ except Motsepe [who was isolating as a Covid-19 precaution when Safa announced his candidacy].

“All of them already have a campaign team in place‚ except Motsepe. All of them are sending people to attend regional events‚ like the Cosafa tournaments taking place [in SA].

“Everybody is action already‚ and on the ground. We have heard from all the other candidates‚ except Motsepe.”

Gaye said Caf delegates’ lack of knowledge of Motsepe outside of knowing him as a billionaire and club owner‚ can backfire against the Downs president.

“ I personally have received many phone calls from key players telling me‚ ‘Look‚ I like the man‚ I think he can do well‚ but really I don’t know him’. And these are people currently sitting on the executive committee of Fifa and Caf.

“Because we are in Africa. In Africa your money will not give you anything. In Africa what you need is to build relationships with people.

“The only way Motsepe can win this thing is to go door to door. If he thinks he can give a cheque to win this thing‚ he must forget it.”

Experienced African correspondent‚ and Gaye’s fellow Soccer Africa panellist‚ Thomas Kwenaite is less convinced that Motsepe‚ who has received the significant endorsement of Nigerian FA president Amaju Pinnick‚ is as such a complete outsider.

“Obviously the reduction of the candidates does increase Motsepe’s chances‚ but it’s quite right too that politics might play a key role in determining the next Caf president‚” Kwenaite said.

“My view is all four candidates are quite strong in their own right. At the same time‚ one cannot start making judgments until all four have gone through the ethics committee vetting process.

“But my view is that Motsepe does have a chance‚ but it is how he plays the game. For me‚ an important step [involves that] Cyril Ramaphosa is his brother-in-law‚ but he also happens to be the president of the country.

“So one of the first things Motsepe should do is to go and have an audience with the president. So that when the president announces‚ ‘We as South Africa support Motsepe’‚ it carries a lot of weight.

“Ramaphosa sits on the helm of the African Union. It does no harm for the president to speak to other statesmen at that level to say‚ ‘My countryman is vying for the Caf presidency‚ so please I need your support – if you can tell your county’s FA president to support my friend.’

“That is how you play the game.”

Motsepe’s candidacy was announced by Safa on November 9.

Mamelodi Sundowns will continue to celebrate former Bafana Bafana defender Anele Ngcongca's life in their next 15 matches.
Sport
1 year ago

The relations between northern and southern African football has not been kosher on the football front.
Sport
1 year ago

The scorer of top-drawer scorchers, Hlompho Kekana, has once again gained a nomination for the Puskas goal of the year. He is the guest on ...
Sport
1 year ago

As far as own goals go, they don't come as big as the one Nathi Mthethwa scored last year.
Opinion & Analysis
1 year ago